The ancient border between England and Wales has long been barely perceptible, and in the town of Knighton a small footbridge divides the two UK nations unceremoniously. 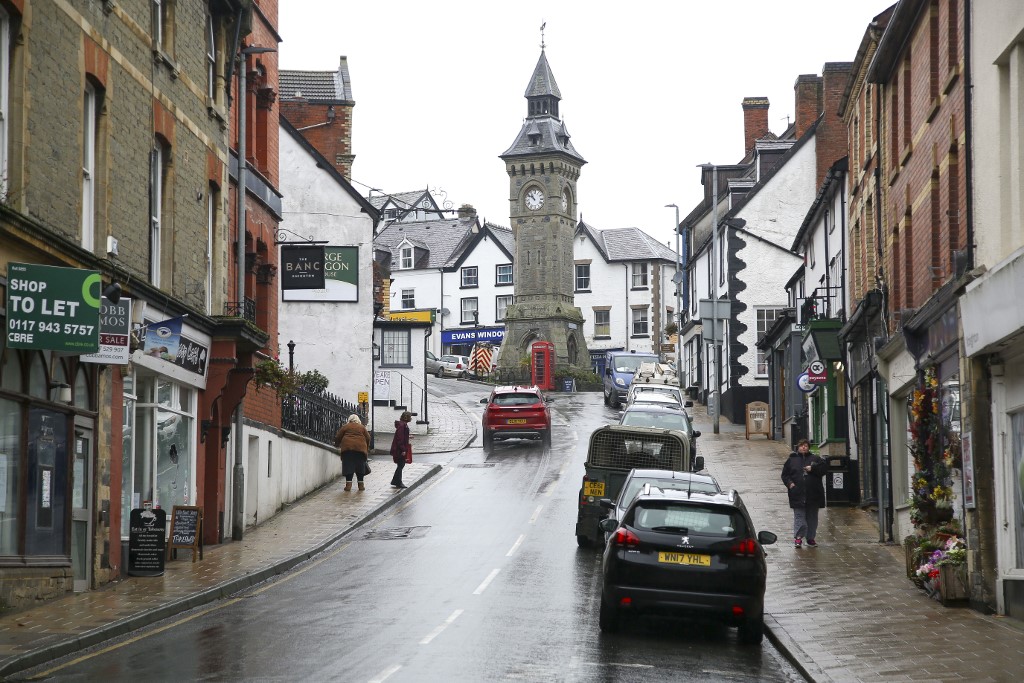 A general view shows the clocktower in the centre of town in Knighton, a town that sits on the border between England and Wales, on October 21, 2020. (Photo: AFP)

But since coronavirus hit Britain this year and led governments in London and the Welsh capital Cardiff to impose different rules, the boundary has become far more tangible.

"It didn't matter before, it was irrelevant," Nick Johns, Knighton's mayor, said of the border.

Its centre is in Wales, where a 17-day "firebreaker" lockdown begins Friday evening mandating people stay at home except for very limited purposes such as exercise or employment.

However, across the River Teme in the English county Shropshire, where the town's station is situated and a smaller number of residents live, people will still be able to move around freely.

It is not the first time restrictions have differed as the response to the pandemic has evolved over the last six months, leaving Knighton's population to grapple with the fallout.

For nearly a week, the Welsh government has banned people from Covid-19 hotspots in England crossing the border -- a move the organisation representing police officers branded "unenforceable".

"It is a bit of a minefield with the rules," conceded Johns, who said residents had nonetheless been "really good" complying.

He recalled earlier in the year as a gruelling months-long UK-wide lockdown was being eased, people "were afraid" to come to Wales where restrictions remained stricter.

"We had to meet people in the (station) car park, because people wouldn't come," Johns added.

Britain has been the worst-hit country in Europe from the virus, with more than 44,000 dead and cases surging again after a summer lull.

Devolved administrations in Scotland, Wales and Northern Ireland are responsible for enacting their own measures, and in recent weeks have adopted more stringent rules than the UK government in England.

But Welsh First Minister Mark Drakeford on Monday announced that his nation of around three million people would go back into lockdown from 6pm (1700 GMT) on Friday until November 9.

The scattershot approach to restrictions has left some grumbling in Knighton, in particular retailers who find themselves dealing with confused customers.

"They don't seem to work together, the UK should be the UK," said Chris Branford, who runs a teashop in the town, referring to the governments in London and Cardiff.

"It's very difficult for businesses," she added, between taking the temperatures of arriving customers.

Ian Ross, who runs a rally driving experience company in nearby Worcestershire in England but lives in Wales, echoed the criticism.

"It's not as clear as I think it should be really. I think everybody should be under the same umbrella really, all the rules should be the same for everyone," he told AFP.

Knighton's residents, or the majority who live on the Welsh side, must comply with the draconian new restrictions incoming despite the town having fewer virus cases per head than big cities like Swansea and Cardiff.

However Johns was confident it would still "get by".

"Businesses are still fairly strong, we haven't seen business failure so far, so it's all good I think," he said.

Local publican Holly Adams-Evans admitted having two different sets of rules for one town was "difficult", but struck a similarly upbeat tone.

"It makes it a bit confusing," she said from behind her bar, before adding: "hopefully we'll be OK".

Together with her partner, they have managed to keep on the pub's six employees after rebounding well over the summer following the easing of the first lockdown.

Posters on the walls of the former bank remind drinkers of the distance they must observe as they move through the establishment: roughly the size of a cow.

However, the pair do fear potentially losing their regulars to pubs on the English side of the border which will still be able to open.

"It's always a worry for any business to lose its loyal customers that matter so much," she said.

It seems the pub can at least count on the long-term loyalty of Douglas Rumble, a lively septuagenarian with a white mane who said he frequents it "eight days a week" and dislikes the differing rules.

"What's the point of acting as four different individual countries?" Rumble, who lives on the English side of town, implored, as his dogs -- two Welsh shepherds -- waited patiently for biscuits.

"We might be different from the rest of the world, but we're an island, and we gotta act as one."