German farmers on Friday staged mass protests across the country by driving into the cities on their tractors. 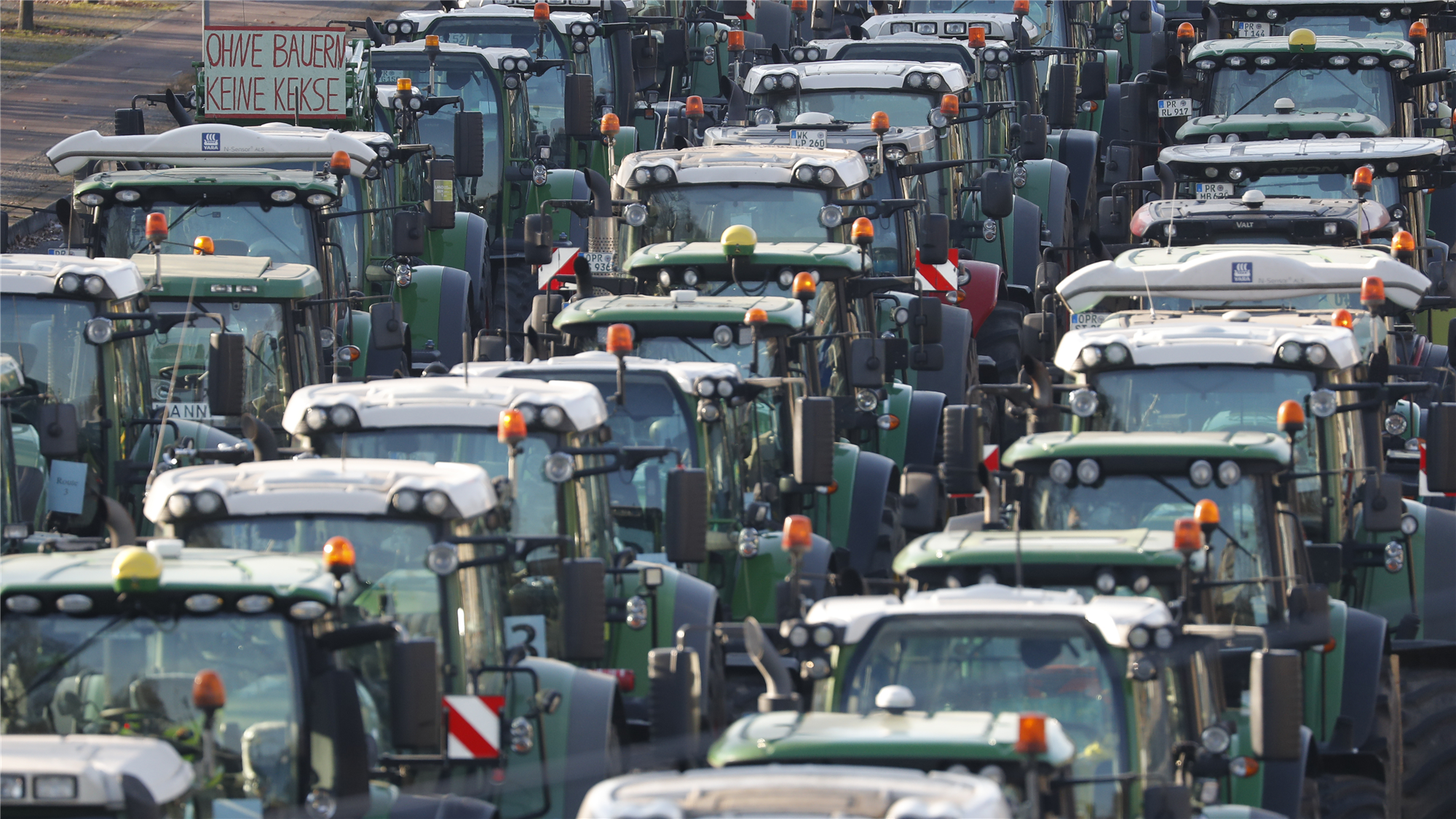 They were demonstrating against the government's agricultural policy and expressed dismay over "farmer bashing" on environmental issues.

Hundreds of tractors rolled into the capital Berlin and other cities in Germany, with angry farmers blocking roads in an effort to have their voices heard.

They traveled from different parts of the country to protest against new regulations including stricter environmental protection laws and animal welfare rules, which they say threaten their livelihoods.

There are stringent rules on fertilizers, for example, to which some demonstrators say are finding it hard to adjust.

The protesters also voiced outrage over the prices that their meat and dairy produce is being sold in supermarkets. Consumers are demanding cheaper food and this hurts farmers' profitability.

The farmers argued they are being unfairly targeted and being portrayed as villains while the government chases the "green" vote.

The government has defended its measures, arguing the changes to the policy are partly due to the need to comply with EU regulations. 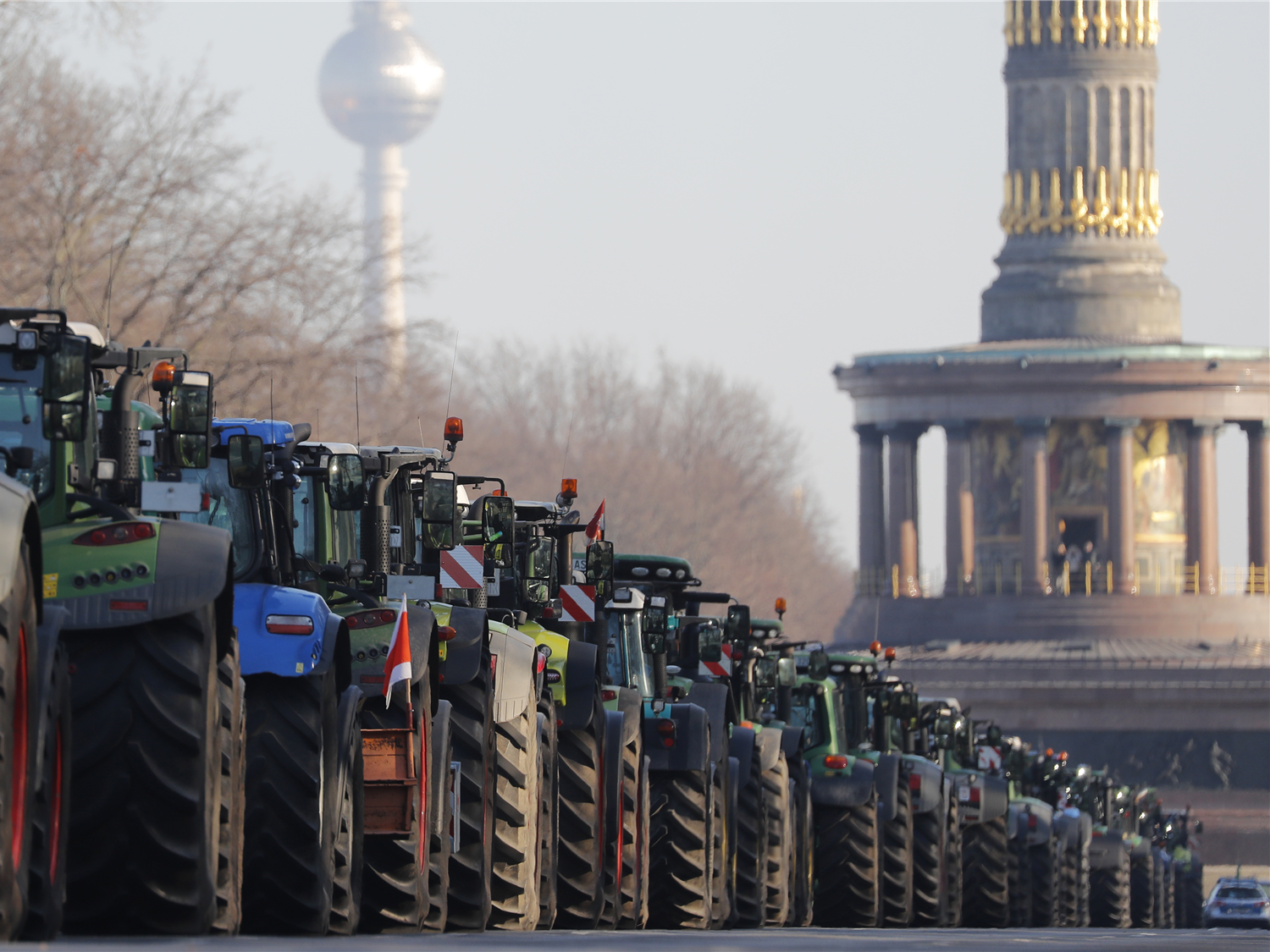 Despite being an important sector, farming in Germany has changed over the decades.

Despite being an important sector, farming in Germany has changed over the decades, with the number of farms and workers decreasing progressively.

"Despite a high population density, half of the land in Germany is farmed," according to a report by Germany's Federal Ministry of Food and Agriculture.

It describes farmers as "anchors of economic and social stability in rural areas."

The protests coincide with the start of an agriculture and food trade fair being held in Berlin, the International Green Week.

Convoys of tractors blocked roads in other parts of the country, including Bremen and Bavaria.

It is not the first time farmers have taken to the streets to protest. In November, they staged a similar demonstration in their thousands.

With these latest protests, it is clear German farmers don't plan to back down easily when it comes to the challenges they are facing.