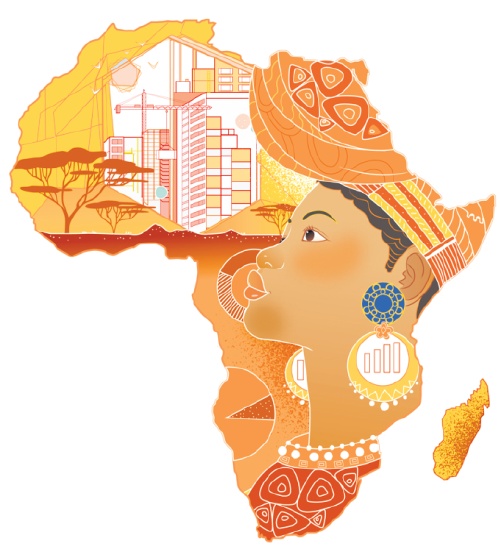 An incoming free-trade area for Africa could act as an economic stimulus for countries trying to recover from the impact of the COVID-19 pandemic, analysts say.

Over the long run, they say, the African Continental Free Trade Area, or AfCFTA, can help reduce the continent's reliance on overseas markets. The trading bloc is due to come in at the start of next year, after the pandemic pushed back its implementation date.

He Yun, an assistant professor in the School of Public Administration at Hunan University, said the disruptions caused by COVID-19 have ravaged Africa's economy, and most countries on the continent do not have the funds to roll out large stimulus packages. For these countries, the AfCFTA can serve as an economic stimulus to help with their post-pandemic recovery.

Africa has been too reliant on external markets, the academic said. As a result, many African countries suffered heavily when the prices of commodities exports crashed because of COVID-19.

"In the long term, the AfCFTA is the only way to reduce Africa's overreliance on the external market and the economic fluctuations this brings," He said. "The AfCFTA will also provide the regional and continental markets that African industries need to grow as many countries seek to regionalize, even localize, their supply chains."

The free-trade area, which was launched in March 2018 in the Rwandan capital Kigali, envisages the fulfillment of a long-standing goal of creating a unified continental market. It has garnered 54 signatories and injected momentum into plans to boost intra-African trade. In doing so, the trade bloc will strengthen Africa's economic development and deepen its industrialization.

Once operational, the free-trade accord has the potential to increase the value of intra-African trade by more than 52 percent by 2022, according to the United Nations Economic Commission for Africa.

He said that with a larger and more integrated-African market, the AfCFTA can better harness opportunities for economic diversification within the region and attract investments from developed countries. It will also place Africa in a much stronger bargaining power vis-a-vis much bigger global players, the Hunan University academic said.

"If well implemented, AfCFTA can bring better trade deals and strong growth in capital investments for the post-pandemic Africa," she said.

Clayton Hazvinei Vhumbunu, technical officer with the Faculty of Humanities at Rhodes University in Eastern Cape Province, South Africa, said that the coronavirus has ravaged economies across the world, as well as delayed the start of Africa's free-trade area.

He said that the initial plan by African member states had been to start trading under the AfCFTA framework on July 1 this year.

Vhumbunu said that for South Africa, the trade zone presents an opportunity for the country to broaden its market for trade in goods and services.

The country contributes a substantial share of intra-African trade. Last year, 27 percent of South Africa's exports went to other African countries, while 12 percent of its imports came from elsewhere in Africa.

"It is therefore vital for South Africa to revitalize the economy whilst containing COVID-19 to remain on track in its regional integration agenda and continental trade agenda," Vhumbunu said.

He Yun said that COVID-19 brings challenges to AfCFTA in terms of tariff negotiations and its actual implementation. The first of these challenges resulted from countries shifting their attention to the battle against COVID-19. Tariff negotiations need to be conducted face-to-face, and movement curbs scuttled such formats.

Second, as many African countries rely on tariffs for a large share of their national budgets, they will need to maintain－at least in the short term－high tariffs to finance recovery from the pandemic. This requirement makes negotiations on tariff concessions difficult, He said.