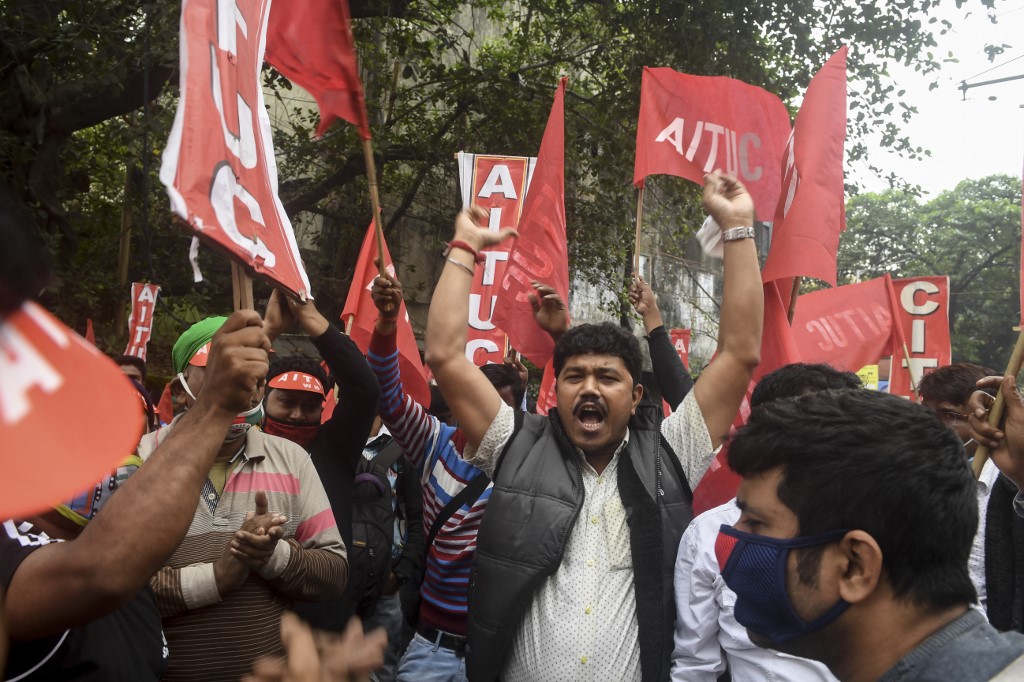 All India Trade Union Congress shout slogans as they block a road during a nationwide strike against new labour policies introduced by India's central government, in Kolkata on November 26, 2020. (Photo: AFP)

The strike was against the federal government's divestment plans of state-run public sector undertakings and the recently passed labor codes.

According to trade union leaders, the strike will see millions of workers off the work for a day.

The protesting unions are demanding 200 days of work for every labor in a year at enhanced wages, withdrawal of anti-farmer and anti-worker labor codes, scrapping of the national pension system (NPS) and restoration of the earlier pension scheme.

Some bank unions have also joined the strike, thereby affecting the work in banks.

Trade unionists said 10 central trade unions with at least 200 million workers affiliated to them have joined the strike.