Traditional Chinese medicine promoted as efficient alternative therapy in US

SAN FRANCISCO, Nov. 17 (Xinhua) - A group of Traditional Chinese Medicine (TCM) practitioners in the Bay Area in U.S. state of California are working together to promote TCM among Chinese communities and beyond. 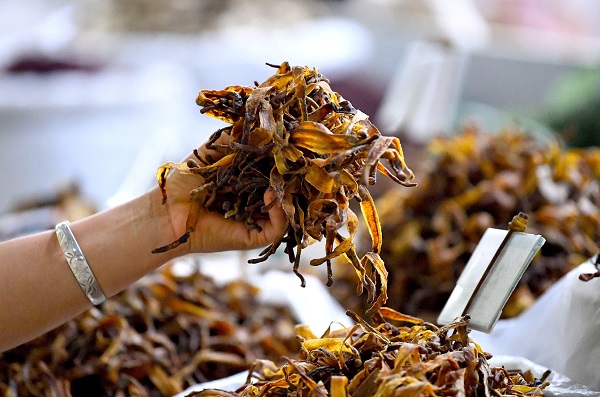 California Assembly member Kansen Chu, who announced the appointment of Shudong Li to the state's Acupuncture Board Friday, said TCM is a familiar and well-accepted medicine for many overseas Chinese and Chinese Americans, who trusted and relied on TCM to relieve pains.

"TCM offers a good alternative medicine for the American society, and another choice for patients beside Western medicine," Chu said.

Li, who is to officially take office on the seven-member board after an inauguration ceremony next Monday, said he hoped all the TCM practitioners in the Bay Area would work together to do a good job in further promoting TCM and oriental medicine to the rest of the American society and to have more Americans and members of all communities to benefit from TCM therapy.

The board will partner with licensed TCM practitioners to make future plans to launch education programs aimed at training young people to carry on the heritage of TCM.

Phil Yang, a veteran licensed TCM practitioner, said the California Acupuncture Board is the first government-established body to oversee the acupuncture sector in the United States.

California is the state that has the largest number of acupuncturists in the United States, where nearly 18,000 out of the total of more than 30,000 acupuncturists are practicing in the state, he said, adding that acupuncture occupies a significant place in the state.

Prof. Art Johnson, who once taught physician health care at Stanford University, said TCM is part of the family medicine program of Stanford School of Medicine.

"Acupuncturists are referred quite a bit by family medicine doctors," he said.

"Allopathic system more and more recognizes the value of acupuncture and we want the medical students that will become doctors to understand that there are several modalities that help with healing besides Western medicine," he noted.

Western medicine does not cure everything and it doesn't work on some things, he explained.

"The side effects of Western medicine can be as detrimental as a disease," Johnson said. "I see acupuncture as a system that helps the body find balance."

He strongly supports the promotion of traditional Chinese medicine and health medicine to a larger area, which bring benefits to more people that suffer pains from disease.