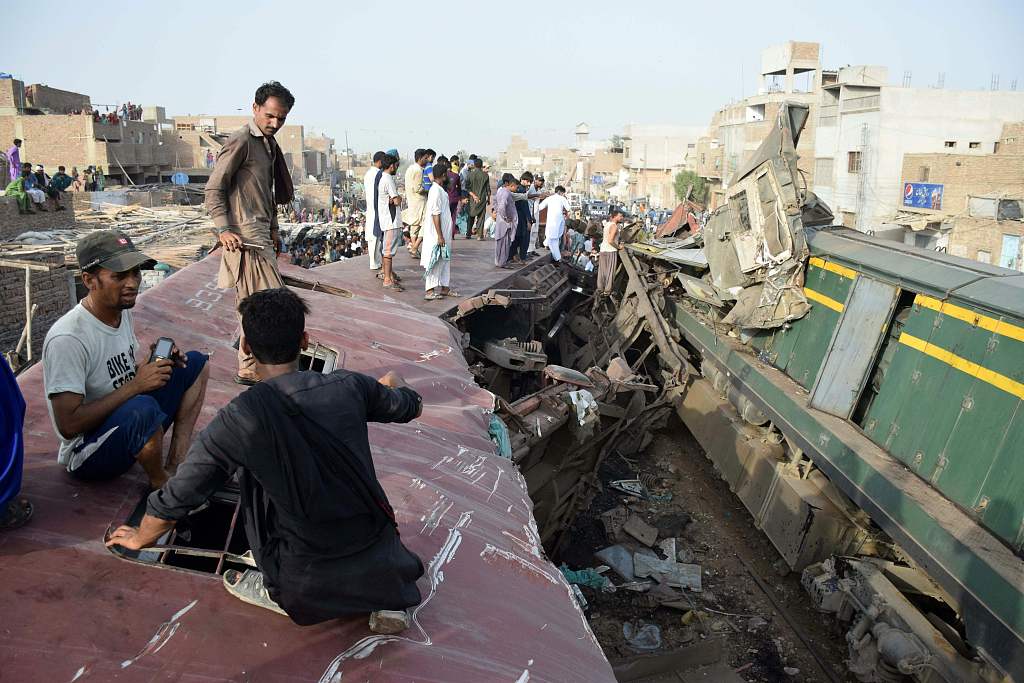 ISLAMABAD, July 11 (Xinhua) -- A passenger train rammed into a freight train in Pakistan's eastern city of Rahim Yar Khan on Thursday morning, killing 13 people and injuring over 70 others, officials said.

District Police Officer of Rahim Yar Khan Umar Farooq Salamat said that women and children were among the deceased.

The official said that apparently the accident happened when the signal went wrong on the track, leading the passenger train to go on to the loop line where the freight train was parked.

Railways officials said the passenger train Akbar Express was heading to southwest Quetta city from eastern Lahore when it collided with the freight train near the Walhar railway station in Rahim Yar Khan of Punjab province.

Following the accident, police and rescue teams rushed to the scene and shifted the injured to nearby hospitals. Doctors said the death toll might further rise as twelve of the injured were in critical condition.

The engine and three carriages of the passenger train were completely destroyed in the collision.

Local media Express News reported that rescuers had to cut out the destroyed carriages to get the trapped passengers out, adding that the rescue operation was initially delayed because it took a while for the railways authorities to arrange heavy machinery from other cities.

Arrival and departure of trains were suspended till the clearance of the track.

Prime Minister Imran Khan expressed deep grief and sorrow over the loss of precious lives in the train accident.

Khan said on his official Twitter account that he has asked the railways minister to take emergency steps to counter decades of neglect of railways infrastructure and ensure safety standards.

Meanwhile, Federal Railways Minister Sheikh Rasheed Ahmad said that the accident occurred due to human error, adding that he has ordered an investigation into the collision.