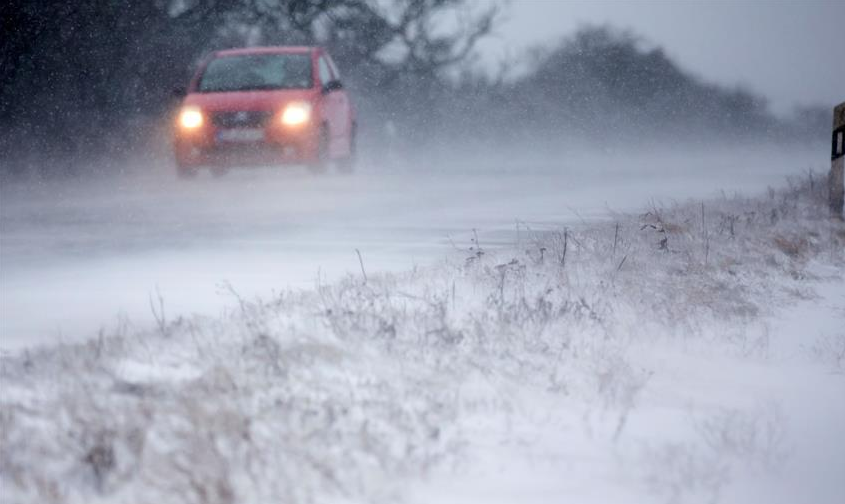 FRANKFURT, Feb. 9 (Xinhua) -- German railway operator Deutsche Bahn said Sunday that it is halting long-distance train services nationwide until at least Monday morning as a powerful storm is traveling through the country.

Deutsche Bahn said on its website that it has to suspend long-distance train service nationwide until at least 10 a.m. Monday morning, due to the current developments and increasingly powerful winds brought by Storm Ciara, known as Storm Sabine in Germany.

The railway operator said it recommends travelers to postpone their journeys until Tuesday.

Earlier on Sunday, Frankfurt Airport, Germany's busiest, announced that about 180 flight departures and arrivals were canceled on Sunday because of the storm. Another 140 flights scheduled for Monday were also canceled, it added.

Storm Ciara hit the country's northwest on Sunday and continued to move south. Forecasters said it is expected to bring winds of up to 120 kilometers per hour.