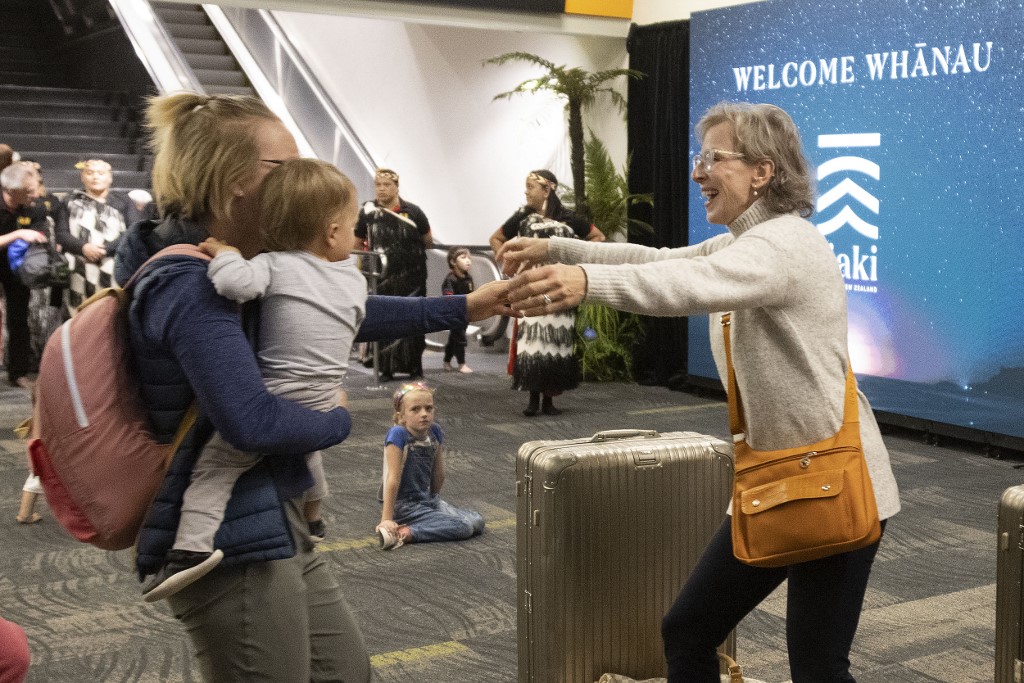 Families are reunited as travellers arrive on the first flight from Sydney, in Wellington on April 19, 2021, as Australia and New Zealand opened a trans-Tasman quarantine-free travel bubble. (File photo: AFP)

"Despite this increase, arrivals and departures are significantly lower than levels before COVID-19, when border crossings were as high as 1.2 million in April," population indicators manager Tehseen Islam said in a statement.

Border crossings include all arrivals and departures, either for short-term trips or longer term, and by people living overseas or in New Zealand, according to Stats NZ.

"Trans-Tasman travel made up about 80 percent of all international travel in April 2021," Islam said, adding New Zealand citizens represented about 60 percent of arrivals from Australia and 67 percent of departures to Australia.

"With the introduction of quarantine-free travel between New Zealand and Australia, the main reason for people travelling was to visit family and friends," Islam said.

Provisional border crossing data up to June 6 showed a small increase in travel with the Cook Islands each week since two-way quarantine-free travel opened on May 17. However, this is well below levels in the same period in 2019, he said.