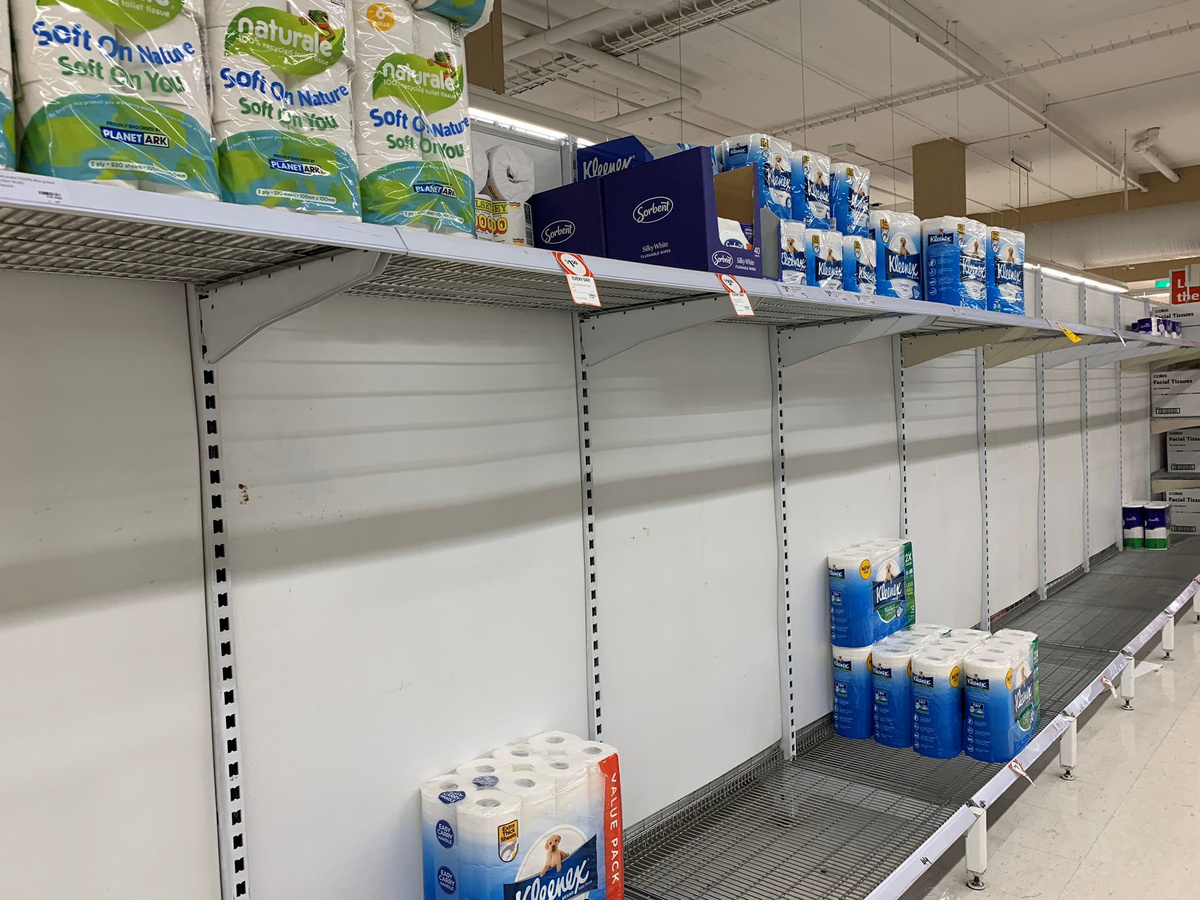 Empty shelves are pictured at Coles Supermarket following reports of coronavirus in the Canberra suburb of Manuka, Australia, March 2, 2020 in this picture obtained by Reuters from social media. [Photo/Agencies]

CANBERRA - The number of COVID-19 cases in Australia has surpassed 4,000 despite a significantly lower rate of transmission.

According to the latest data from the Department of Health, there had been 4,093 confirmed cases of the virus in Australia as of Monday morning.

It represents an increase of only 7.4 percent from 3,809 cases on Sunday morning and reflects a wider trend, with cases increasing by approximately 10 percent per day since Thursday.

By comparison, for most of March the number of cases in Australia increased by approximately 20-25 percent every day.

Brendan Murphy, Australia's chief medical officer, said on Sunday night that health authorities were "reasonably confident" that Australia was detecting a vast majority of infections on account of a high rate of testing.

"We have had a somewhat slowing of the growth in the epidemiology curve, but it is not enough. We have to slow it further," he said.

"We have to slow it further and we have to stop the thing that's worrying us most, which is community transmission."

"Those things do worry us because if you have outbreaks in the community, they can be much harder to detect, and so we've broadened the testing criteria in those areas to make sure that we can detect and bring it under control," the minister said.