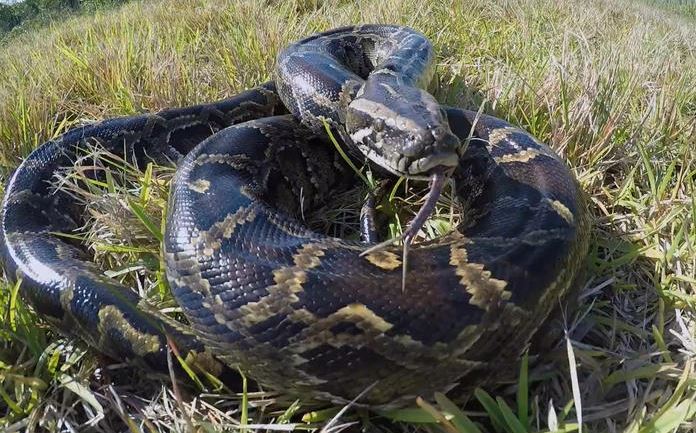 Officials say a Florida trapper has captured a record-setting python as part of a program to remove the invasive species from the Everglades.

Officials say the snake weighed in at 120 pounds (54 kilograms). It’s the third caught as part of the Python Elimination Program that measured more than 17 feet.

Python hunters have now eliminated 1,859 of the snakes on district lands. Penniston is second among the hunters, with 235 snakes eliminated. Brian Hargrove has dispatched the most with 257.

Officials say invasive Burmese pythons have no natural predators in the Everglades ecosystem and have decimated native wildlife populations.