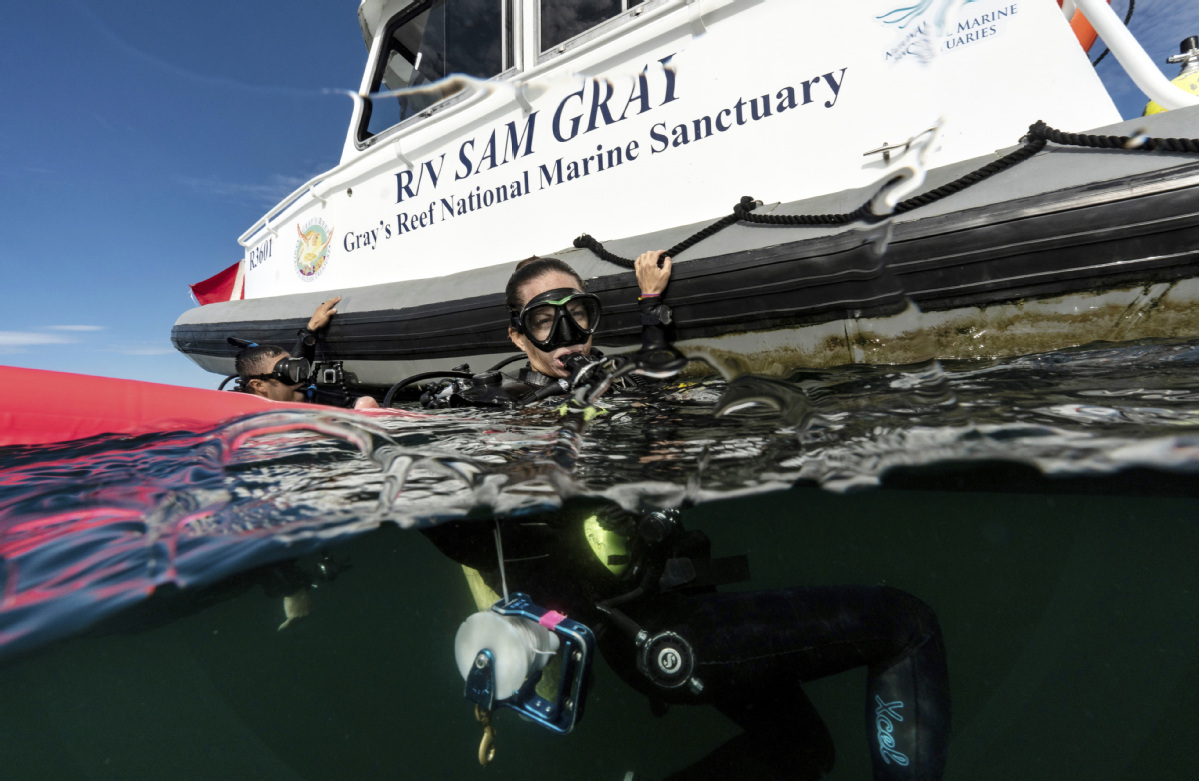 Despite pollution's effects, we can help nature to recover, leading experts say

For decades, the world's oceans have been used as a dumping ground for mankind's garbage.

Nowhere is this more apparent than in the Pacific Ocean where everything from marine debris, such as fishing gear and nets, to everyday household trash and building materials cover thousands of square kilometers of ocean surface.

Carried by currents, much of this meets in the Northern Pacific. And dense is the garbage that it can be detected by satellites as a brown mass on the ocean's surface.

Traveling on ocean currents, this plastic is now turning up in every corner of our planet, from Florida beaches to uninhabited Pacific islands. It is even being found in the deepest part of the ocean and trapped in Arctic ice.

Greenpeace Australia told China Daily that an estimated 12 million tons of plastic-everything from plastic bottles and bags to microbeads-end up in our oceans each year, equivalent to a truckload of trash every minute.

"Our oceans are slowly turning into a plastic soup, and the effects on ocean life are devastating," Greenpeace said. "Plastic pieces of all sizes choke and clog the stomachs of creatures who mistake it for food, from tiny zooplankton to whales. Plastic is now entering every level of the ocean food chain and is even ending up in the seafood on our plates."

Despite this bleak picture, our oceans are remarkably resilient and could achieve full recovery within three decades, according to a study, "Rebuilding Marine Life", published in the scientific journal Nature on April 1.

The study brought together the world's leading marine scientists working across four continents, in 10 countries and from 16 universities.

While the oceans have been exploited by humans for centuries, the impacts of our involvement have only become clear over the last 50 years or so, according to scientists who compiled the study.

"We are at a point where we can choose between a legacy of a resilient and vibrant ocean or an irreversibly disrupted ocean," said Carlos Duarte, professor of marine science at Saudi Arabia's King Abdullah University of Science and Technology in Thuwal, one of the 16 universities involved in the study.

"About 10 years ago I noticed a series of papers that were reporting increases in marine species or habitats but were not being reported either by the media or assessments of the state of the ocean," he said. "I got worried that we had installed ourselves in a wave of pessimism about the state of the ocean, to the extent that we were blind to positive evidence, and as a consequence our reports were unbalanced."

Duarte said he then began to assemble a "high powered" team including some of the top marine scientists about four years ago to take a systematic review of the state of the world's oceans, an important study for mankind as "our future is intimately linked" to the oceans' health.

"The oceans provide food, protection, climate regulation, raw materials and even the pharmacy and tools to cope with diseases, such as COVID-19, where we used an enzyme derived from a bacteria from submarine volcanoes to detect the disease and use green fluorescence proteins from jellyfish to visualize how it affects the human cell," said Duarte.

"Marine life may contain also the solutions to future pandemics."

The proportion of marine species assessed as threatened with global extinction by the International Union for Conservation of Nature has dropped from 18 percent in 2000 to 11.4 percent in 2019.