CAPE TOWN, Nov. 28 (Xinhua) -- Travel bans on South Africa due to the new Omicron coronavirus variant will be "devastating" for the provincial economy as the local government is seeking for a recovery on its key tourism sector from COVID-19 impact, Western Cape provincial official said in a press release on Sunday. 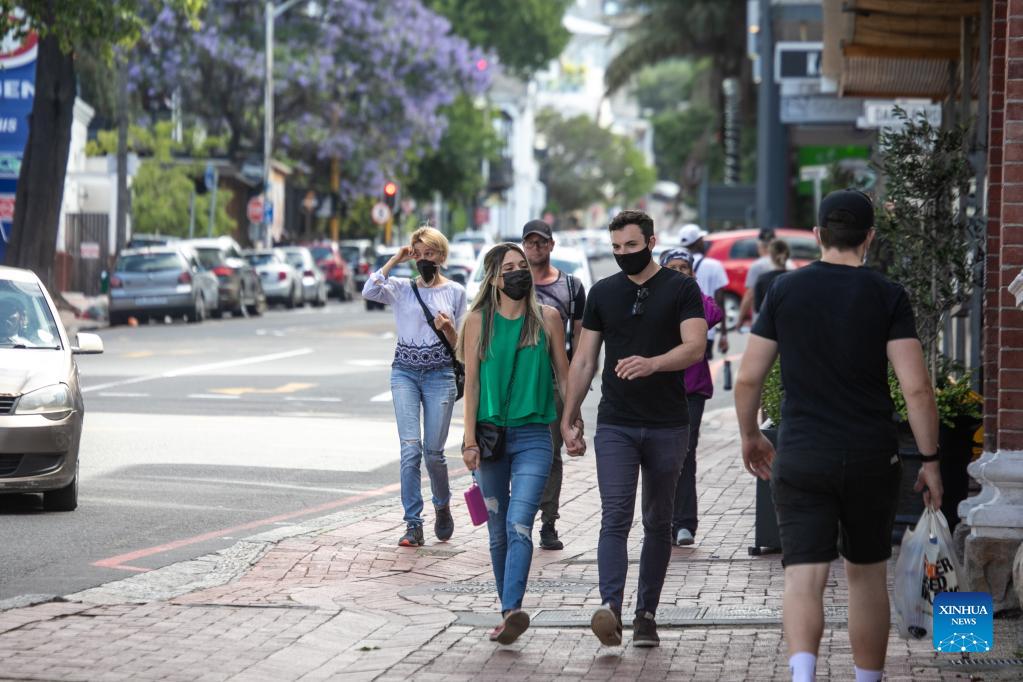 The economy of Western Cape, South Africa's popular tourism destination that hosts the legislative capital Cape Town, relies on international visitors during the peak season, which starts from December when South Africa is in summer, said Alan Winde, Premier of Western Cape.

"This has been a hammer blow to our major job-creating sector in the province precisely when we needed a recovery, to claw back jobs lost over the last 19 months," said Winde.

He said the travel bans are "extremely distressing", as the World Health Organization (WHO) has said that they are not an effective response.

Western Cape, which boasts the iconic Table Mountain, Cape of Good Hope, Robben Island, as well as wine routes and a coastline includes sandy beaches with rocky mountains in places, was seeing a hope of recovery in the tourism sector that has been hit hard by COVID-19, with an estimated loss of over 75,000 jobs in 2020. Both Cape Town and Western Cape governments have been preparing for the peak season by driving vaccinations and launching marketing and other tourism-related activities.

"We are devastated that, at the very moment recovery was kicking in, we have been hit by a new variant which has turned things upsides down and which is a major setback for our tourism and hospitality sector in the Western Cape," said the province's Minister of Finance and Economic Opportunities, David Maynier.

Maynier said the government has been in regular contact with diplomatic corps and will convene meetings with business to provide updates on latest developments as Western Cape's economy needs as much information as possible to make the best decisions.

Despite the disappointment on the travel bans, the local government has been assisting passengers who have been stranded by providing access to transport and accommodation and by liaising with consulates to assist where necessary. It also set up a dedicated FAQ page with necessary information to assist travelers.

Tourism is one of South Africa's key contributors to the economy. As a whole, the industry directly employs 657,000 people, official figures showed.