Travellers arriving in England and Scotland will soon be required to show negative coronavirus tests, officials said on Friday, as they try to curb the spread of new strains. 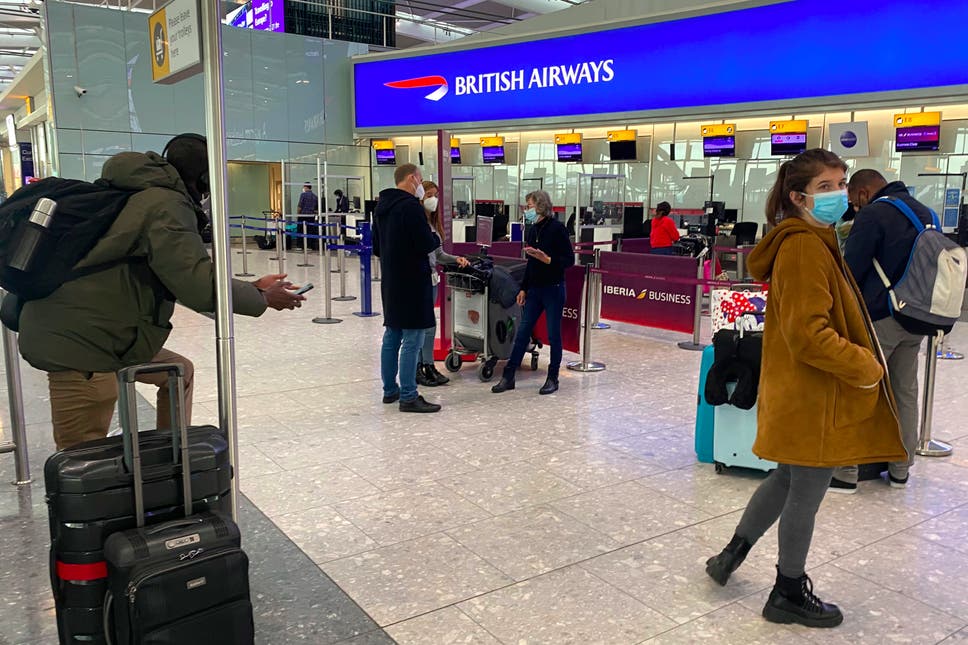 The UK government had previously argued against the requirement, which has already been introduced in other countries, saying quarantining of those arriving from high-risk countries was more effective.

Now international travellers arriving in England will be required to present a negative Covid-19 test taken within the last 72 hours, the Department of Transport said.

The measures, which also apply to British nationals, will come into effect from early next week. Passengers who do not comply with the regulations face a £500 ($678, €552) fine.

Scotland's government, which has devolved powers in health and transport, said it would also introduce the rule "as soon as practically possible".

UK Transport Secretary Grant Shapps said he had talked to officials in Wales and Northern Ireland, which also set health and transport policy there, and said they would also likely implement the rule.

"I suspect it will be a UK-wide requirement some time next week," he told Sky News television.

"We're doing this now because there are these variants that we are very keen to keep out of the country like the South African variant," the minister added, saying the new strain made the need for testing "much more urgent".

This variant, called 501.V2, was detected in South Africa in October, and has since spread to countries including Britain, Australia and France.

Scientists say the strain has mutations that may make it more contagious and more resistant to vaccines, because of changes to the way it latches on to human cells.

"There are concerns with the South African one in particular about how effective the vaccine will be against it, so we simply can't take chances," said Shapps.

But the World Health Organization's head of vaccines, Kate O'Brien, said Thursday that such mutations "are not felt to be likely to change the impact" of vaccines.

The announcement follows the recent decision to temporarily suspend direct travel from South Africa to England.

Britain has been contending with a new coronavirus variant first identified in the country in December, which authorities have said is 50 to 70 percent more transmissible.

Dozens of nations around the world stopped air travel from the UK in a bid to contain the virus strain.

Faced by a sharp rise in coronavirus infections, driven by the new strain, England entered a strict lockdown on Tuesday with schools and non-essential shops closed for at least six weeks after previous measures failed to halt the steep rise in cases.

The UK on Thursday recorded another 1,162 deaths within 28 days of a positive test -- the second highest toll since the peak of the first wave in April last year.

Under the new travel rules for inbound arrivals to England, all passengers arriving from countries not on the government's travel corridor list will still be required to self-isolate for 10 days, regardless of their Covid test result.