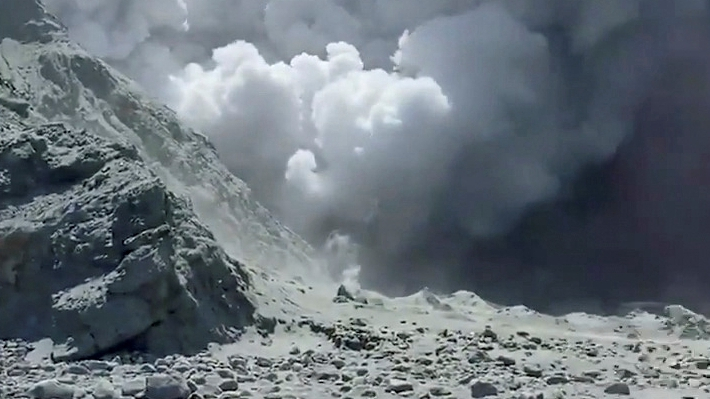 Increasing tremor activity on a volcanic island in New Zealand has hampered efforts by authorities to recover the bodies of eight people believed to be on the island, two days after it erupted.

Six people were killed in Monday's eruption at White Island, which lies some 50 kilometers (30 miles) off the mainland, and another nine are missing and presumed dead.

New Zealand Police published a list of nine people who are officially confirmed as missing. However, the missing people's list is not complete as the police has not been able to speak with all the next of kin involved.

At the same time, police announced that they have a definitive list of people in hospital whose names they cannot release due to privacy concerns.

As many as 47 day-trippers were on the island when it erupted, 29 of whom sustained severe injuries and were taken to the hospital.

Two of the seriously injured are Chinese nationals. At present, both are in a stable conditions, said Wu Xi, the Chinese ambassador to New Zealand, who paid a visit to the hospital to see them on Wednesday afternoon.

Relatives of one Chinese national have arrived in New Zealand, while family of the other has also gotten in touch, said Wu, adding that there were no Chinese among the eight who are believed missing.

Authorities had hoped to recover the bodies on Wednesday

New Zealand's Prime Minister Jacinda Ardern said emergency officials were meeting on Wednesday morning to determine if a recovery effort could be launched.

"I've spoken to many of those involved in the operation, and they are very, very eager to get back there. They want to bring people's loved ones home," Ardern said.

But a mid-morning update from geological agency GeoNet showed conditions on the volcanic island remained dangerous, which would likely delay any recovery.

"Since around 4:00 a.m. this morning, the level of volcanic tremor has significantly increased at the island," the agency said in a statement on Wednesday morning. 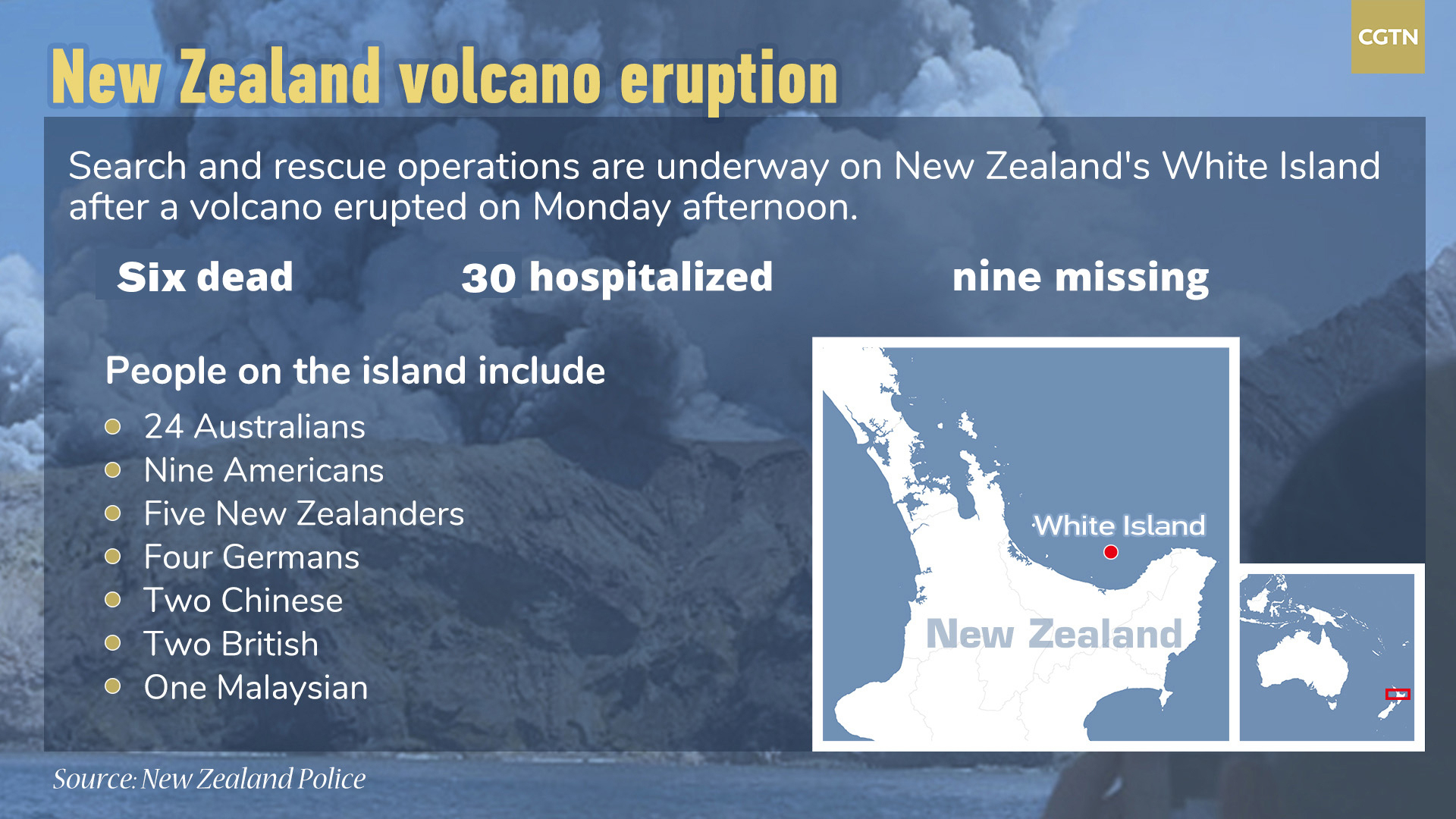 "The situation remains highly uncertain as to future activity. Eruptions in the next 24 hours are still likely to occur."

A plume of smoke could be seen coming from the island on Wednesday morning.

Risks to be considered

Police said the safety of the recovery teams was the priority and they are awaiting advice from experts on when they could access the island, which is covered with hot ash from the eruption.

"We cannot put other people in jeopardy to go out there until we're absolutely certain that the island is actually safe," Acting Assistant Commissioner Bruce Bird said in Whakatane, the town that is an access point for tourist trips to the island.

New Zealand authorities said Wednesday at a press conference that there is a risk of another eruption which is a 40-60% chance of that happening in the next 24 hours.

Aerial surveillance has detected no signs of life on the island, where at least one tour group was captured on automated webcams in the crater just a minute before the eruption.

The police have announced a criminal investigation into how the eruption led to the deaths.

Two from Britain, four from Germany, 24 from Australia, five from New Zealand, two from China, one from Malaysia and nine from the United States were on the White Island at the time of the eruption, according to police.

At present, the identification process and post mortems of the victims are underway.

Daily tours bring more than 10,000 visitors to the privately owned island every year, marketed as "the world's most accessible active marine volcano."

GeoNet raised the alert level for the volcano in November because of an increase in volcanic activity. The alert level has increased further after the eruption and remains elevated.