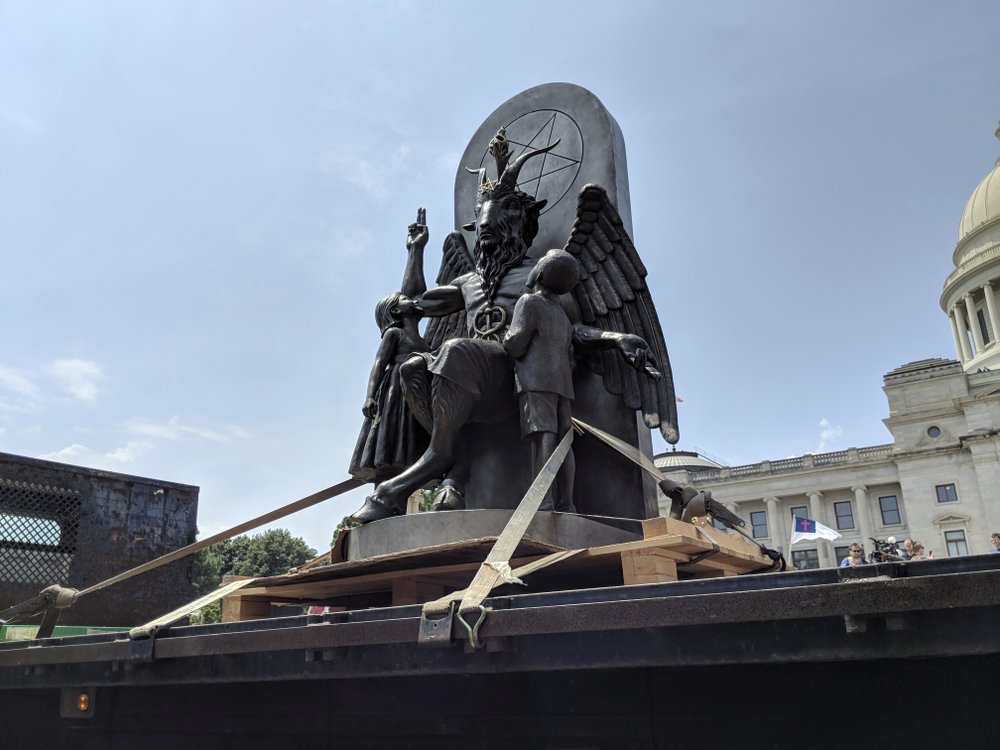 The Satanic Temple unveils its statue of Baphomet, a winged-goat creature, at a rally for the first amendment in Little Rock, Ark., Thursday, Aug. 16, 2018. (Photo: AP)

A federal judge in Kansas has delayed the trial of an Army infantry soldier who prosecutors say is a Satanist hoping to overthrow the US government and distributed information about building bombs.

US District Judge Daniel Crabtree in Topeka on Monday granted a request from attorneys for Jarrett William Smith to postpone a trial from early December until at least mid-January. Smith pleaded not guilty in September to charges of distributing explosives information and making a threatening interstate communication.

His attorneys said they needed more time to review evidence.

Smith was a private stationed at Fort Riley, Kansas. He’s accused of providing information about explosives to an FBI undercover agent and threatening to burn down the house of a far-left-leaning “antifa” member.