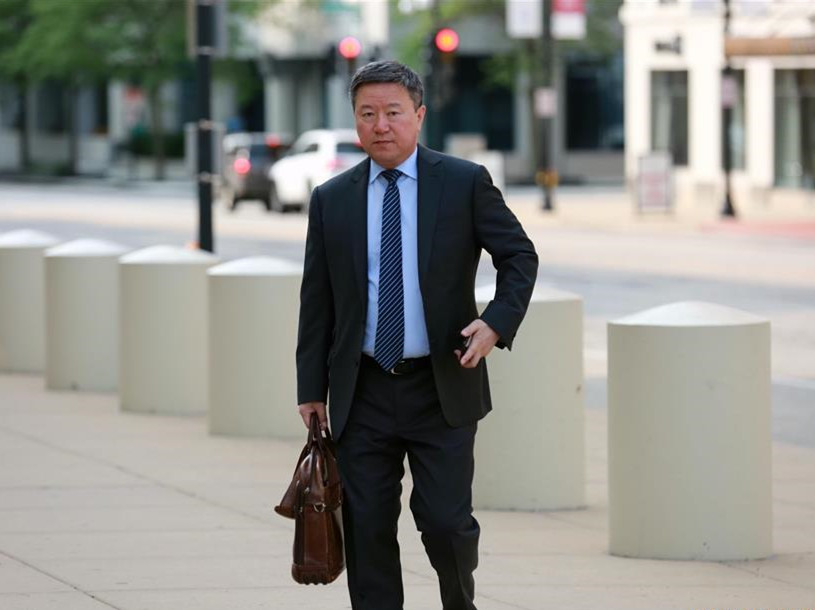 Defense team of the suspect arrived around 8:30 a.m. (1330 GMT) in the morning. Christensen reached the courtroom at 8:40 a.m., wearing blue button down shirt and tan dress pants.

Zhang Yingying's father, mother and her younger brother all appeared at the court before 9 a.m.

Sixteen potential jurors were called on Monday morning and asked if they knew any of the lawyers, court clerks or potential witnesses, to determine whether a potential juror can be fair.

The lengthy witness list included about 88 potential witnesses from the prosecution, many of them FBI agents or biologists, and about 53 from the defense, including Christensen's ex-wife.

U.S. District Judge James Shadid questioned the 16 candidates for the jury. He read off lengthy witness list, which includes mostly law enforcement, but also members of Zhang Yingying family plus some University of Illinois employees and Christensen's ex-wife.

Shadid also told panel the case involves evidence of kidnapping, sexual assault, and murder. The 16 jurors were asked whether they could judge the case fairly and were open to the death penalty.

The jury selection process appeared to be moving slowly. The morning group of 16 was still being questioned as of 1:30 p.m.

Another group of 16 potential jurors were still questioned in the afternoon.

Jury selection was expected to last about a week, but will now likely run longer as attorneys pare down the initial pool to a group of 70 jurors. From there, 12 jurors and six alternates will be selected to hear the trial.

Christensen was arrested on June 30, 2017, after being caught on tape pointing out people he described as "ideal victims" during a vigil in Zhang's honor. On July 5, then U.S. Magistrate Judge Eric I. Long ordered that Christensen remain detained in the custody of the U.S. Marshals Service pending trial.