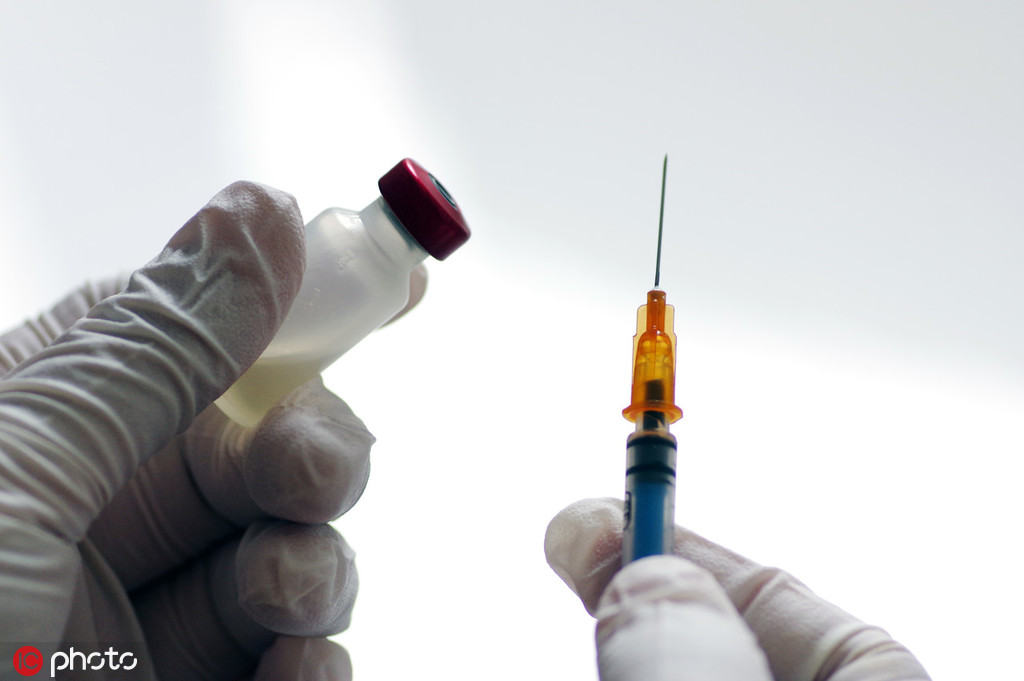 Researchers from the United Kingdom and China have taken the first steps toward a vaccine for pancreatic cancer, one of the most lethal forms of the disease.

A team of scientists from Queen Mary University of London in the UK and Zhengzhou University in China has conducted successful preclinical trials in mice, according to a study published this week in the journal Clinical Cancer Research.

The new vaccine was able to delay the onset of the disease, and doubled the survival time when compared with mice that did not receive treatment.

Pancreatic cancer led to more than 430,000 deaths worldwide last year, according to the Global Cancer Observatory. The disease is one of the deadliest forms of cancer, with a five-year survival rate of just 9 percent.

"Through this international collaboration we have made progress towards the development of a prophylactic cancer vaccine against pancreatic cancer," said Wang Yaohe, a cancer researcher from Queen Mary University who worked on the study.

The team believes the new vaccine system could potentially be tailored to work against other types of cancer. While vaccines already exist for some cancers caused by pathogens－such as cervical cancer, which can be caused by human papilloma virus, or HPV－the development of vaccinations against non-viral cancers has proven more challenging, according to Wang.

The treatment designed by the team makes use of gene editing, cancer-attacking viruses known as oncolytic viruses, and stem cells, which are special cells that have the ability to develop into many different types of cells.

Using gene editing, the team created mutations in stem cells taken from mice, turning them into pancreatic tumor cells. They then infected these cells with two viruses－one oncolytic and another that is known to improve the ability of a vaccine to induce an immune response. This vaccine treatment was then injected into mice that had been genetically programmed to develop pancreatic cancer.

For immune cells to attack a pathogen or harmful cell, they must identify it first, and they do this by recognizing molecules on the surface of a pathogen called antigens. Vaccines work by introducing small amounts of these antigens prior to infection, giving the immune system a head start if and when it needs to go on the offensive.

In the study, the infected pancreatic cells were injected into mice. Soon after, the cells were killed off by the oncolytic virus, shedding antigens in the process. These antigens were then picked up on by the host immune system, priming it to attack the next time it encountered similar cancer cells.

According to the study, the vaccine encouraged a resilient immune response in these mice, delaying the emergence of pancreatic cancer and significantly prolonging survival when compared with mice that did not receive treatment.

Another important aspect of the vaccine is that it has the potential to be personalized. The genetic makeup of cancer varies from patient to patient, so a treatment that is effective in one person might not work as well in another. In this study, the vaccine for each mouse was developed using its own stem cells, ensuring genetic similarity between the vaccine and the host's cancer. This suggests that, in future, cells could be taken from at-risk individuals to create tailored vaccines.