The United Kingdom has been in national mourning since the death of its longest-serving monarch Queen Elizabeth II on September 8. 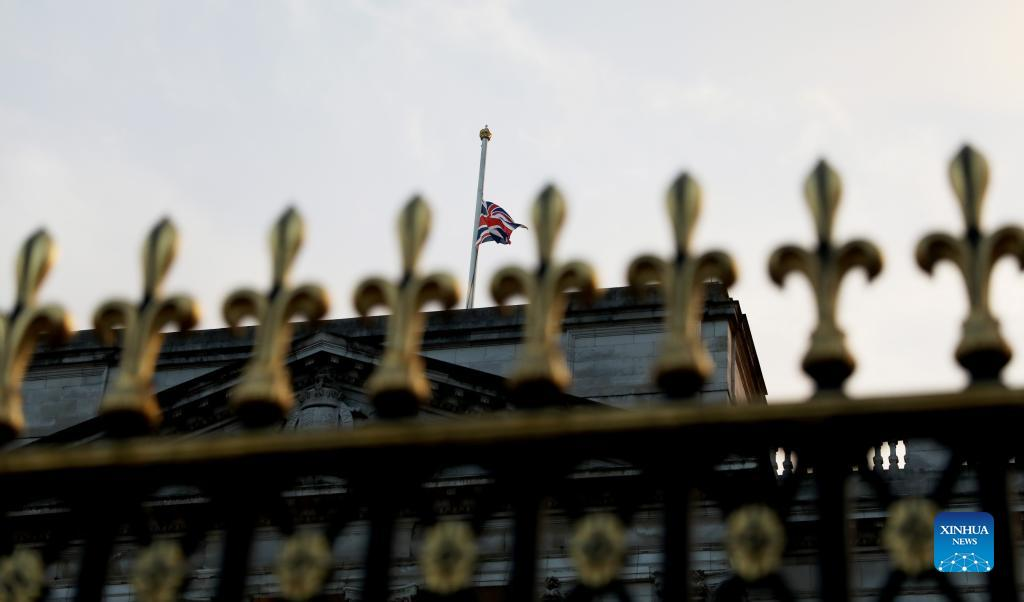 People have been laying flowers outside royal residences in tribute to the 96-year-old monarch.

Millions “grew up and lived their lives with her always there, as a constant presence,” as a Sky News online article put it.

UK Prime Minister Liz Truss spoke of the queen as “the rock on which modern Britain was built.” The queen “kept her promise to dedicate her life in the service of the nation. For Britain, she has long been a spiritual symbol, her presence representing a kind of stability and security,” she said.

Opposition leader Keir Starmer said the queen “played a crucial role as the thread between the history we cherish and the present we own.”

She exits at a time when Britain faces challenges on multiple fronts: high inflation, a cost of living crisis, Scottish independence maneuvers and Northern Ireland.

The royal family has been plagued by controversies and scandals, Chinese experts note. With her death, the unity and cohesion of the royal family will be tested, they say.

They speculate that if King Charles III does not perform as well as she did, the British public, especially the younger generation, may shift their dissatisfaction with him to the system of constitutional monarchy itself.

In his conversations with people aged over 40, people talked about “duty, public service and the loss of such a long-serving monarch being almost unthinkable.”

But people in their late teens and 20s talked about “a yawning sense of distance between royalty and everyday reality.”

Harris lamented the queen’s death as reflecting “deep social shifts and the huge differences between the kingdom we used to be, and the much more divided, uncertain country we have been evolving into for at least three decades.”

A poll shows Scottish people split 50-50 on the question of independence, according to a Daily Express report, and the Scottish National Party wants another referendum.

“Some Scots will consider this end of an era a natural moment for a fresh start,” Alex Massie wrote in The Times of London.

"The Union is probably in more jeopardy now she is gone,” Andrew Neil wrote in the Daily Mail. “King Charles will love Scotland just as much as the queen. But he simply doesn't have her authority."

Many Irish nationalists responded with “indifference or, at most, polite sympathy” to the death of a monarch they once saw as “a symbol of British oppression,” Reuters reported.

With the queen’s death, debates will revive in the Commonwealth about their head of state.

At the queen’s coronation in 1953, Britain had more than 70 overseas territories, all a part of the British Empire. In 2021, Barbados went republican, leaving 14 Commonwealth partners.

Priyamvada Gopal, professor of postcolonial studies at the University of Cambridge said in a news broadcast that the British monarchy “has come to represent deep and profound and grave inequality.”

Mourning continues across the Commonwealth, but British media have previously noted the longstanding criticism of the monarchy’s role in the British empire’s violent colonization of African, Asian and Caribbean nations.

Philip Murphy, director of the Institute of Commonwealth Studies in London, told the Times that the republican movement had already started before the queen died.

“The Commonwealth is so insubstantial it doesn't have any impact at all and no one would notice if it disappeared tomorrow, in terms of its practical effects,” Murphy was quoted as saying.