Thousands have paid tribute to the former face of Akubra Hats, "Dolly" Amy Jayne Everett, who took her own life at 14 after being bullied.

Father Tick Everett used Facebook to describe his grief, saying his beloved daughter felt she had no other option. 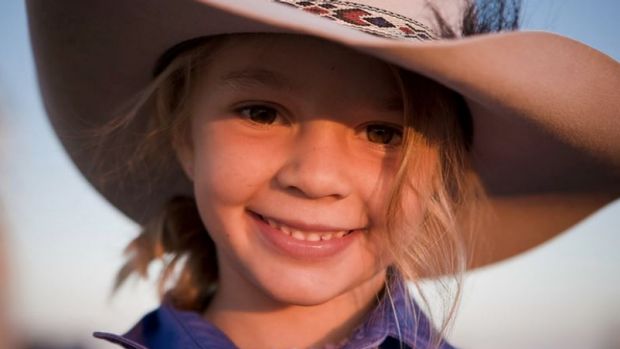 Amy Jayne Everett had been the young face of Akubra hats as a girl. Photo: Ben Bissett

"I know for some suicide is considered cowardly but I guarantee those people wouldn't have half the strength that my precious little angel had," he wrote.

"...However, unfortunately, Dolly will never know the great pain and emptiness left behind.

"If we can help other precious lives from being lost and the suffering of so many, then Doll's life will not be wasted."

Akubra Hats has also posted a moving tribute, which has been shared more than 11,000 times, honouring the girl who was the face of their past Christmas advertisements.

"To think that anyone could feel so overwhelmed and that this was their only option is unfathomable," the company wrote.

"Bullying of any type is unacceptable. It is up to us to stand up when we see any kind of bullying behaviour.