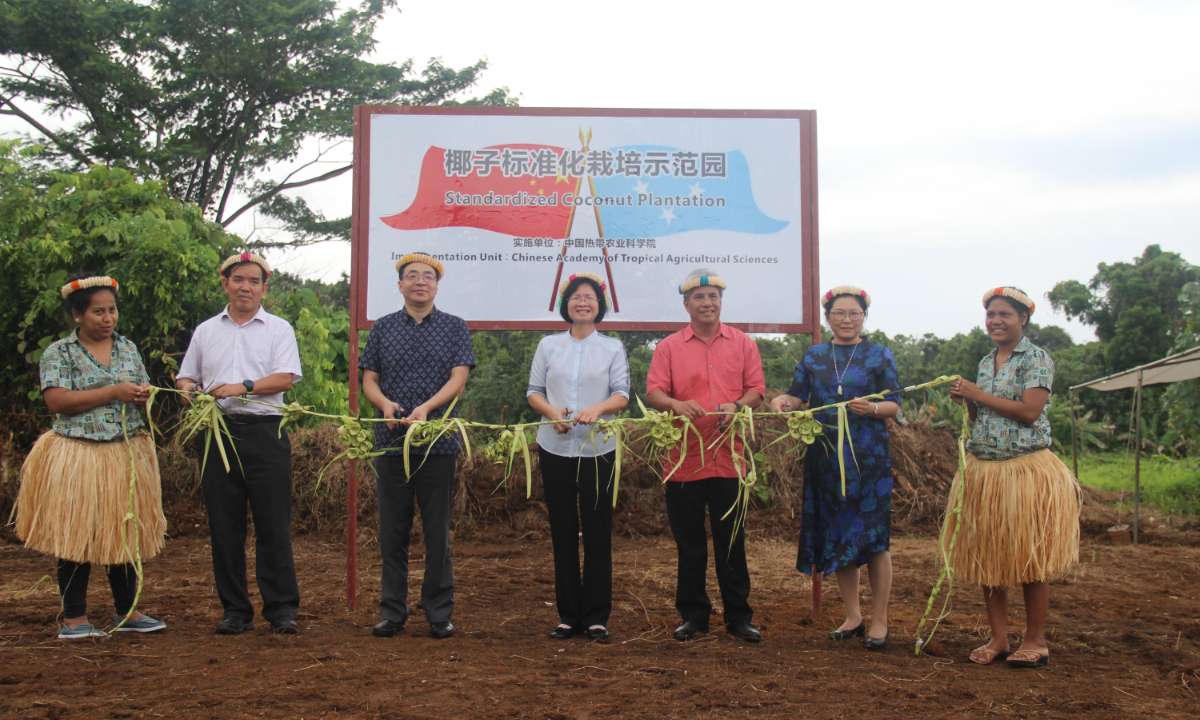 The groundbreaking ceremony of the Standardized Coconut Plantation in the Federated States of Micronesia (Photo: Courtesy of the Chinese Academy of Tropical Agricultural Sciences)

For the vast South Pacific countries with abundant tropical resources but lack talent and technology to leverage these resources, external support in the sector is the most efficient way for nations in the region to see timely economic benefits - an effort China has been engaging for years and is now becoming one of pillars for cooperation with some nations in the region.

Brushing off coronavirus headwinds over the past years, China has been dispatching farm experts, companies, holding online training classes to help local farmers, officials and companies better understand planting technology to industry cultivation, bringing tangible benefits to the local economy; Industry players are expecting more of such cooperation amid a closer tie after Chinese State Councilor and Foreign Minister Wang Yi's visit to the region.

Wang has been paying an official visit to the Solomon Islands, Kiribati, Samoa, Fiji, Tonga, Vanuatu, Papua New Guinea and East Timor upon invitation starting from Friday to June 4, and will also visit Micronesia via video and have a virtual meeting with leaders of Cook Islands and Niue. Observers believe this trip will be a milestone for relations between China and the entire region.

Agricultural cooperation is already producing results. One example is an online training lands in Kiribati, a South Pacific nation relies on coconut as its main industry. In November 2021, under the coordination of the Chinese Embassy in Kiribati, the Chinese Academy of Tropical Agricultural Sciences and local authority jointly held a video training conference on comprehensive utilization of coconut industry, with more than 100 participants covering Chinese experts and company representatives.

Another project is in the Federated States of Micronesia, where China helped build a Standardized Coconut Plantation. The plantation, also a flagship project under the China-proposed Belt and Road Initiative, is becoming an important base for agricultural technology demonstration and promotion in the country.

Moreover, three training courses were also held for local people over the past several years. Through the demonstration of coconut wide and narrow row planting models and a variety of three-dimensional economic models of coconut orchards, local farmers have grasped techniques of standardized coconut production and also learned the biological control technology of pests and diseases, Xu introduced. 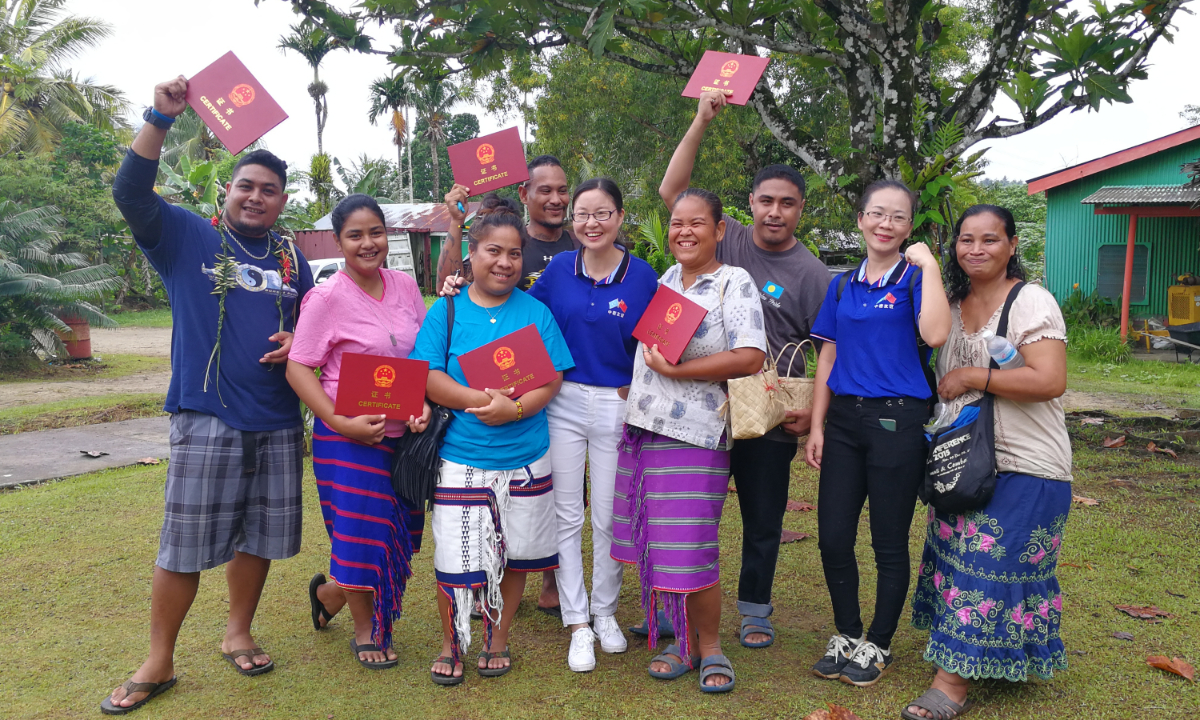 Training of coconut disease control technology held in the Federated States of Micronesia in 2018 (Photo: Courtesy of the Chinese Academy of Tropical Agricultural Sciences)

Since the South Pacific is a typical tropical region, with abundant tropical plant resources, observers said there is a huge space for cooperation in the cultivation of new varieties of tropical crops for China and more nations in the region in the future.

Liu Ze, the general secretary of Solomon Islands Chinese Business Council, told the Global Times that thanks to plenty of sunshine and rich in fresh water resources, the South Pacific nations including Solomon Islands are suitable for growing all tropical plants, such as coconut and palm.

Chen also said that with the establishment of logistic network and opening of more logistics routes, it is expected that more tropical fruits and vegetables from Fiji could enter Chinese markets.

China and the Pacific Island countries had agreed to strengthen their mutually-beneficial cooperation in the field of agriculture in 2019. The decision came after a meeting held in Nadi, Fiji's third largest city, between China's Minister of Agriculture and Rural Affairs and his counterparts of the Pacific Island countries such as Fiji, Papua New Guinea, the Cook Islands, the Federated States of Micronesia, Niue, Samoa, Tonga and Vanuatu.

"We believe that China and the Pacific Island states enjoy a great potential for agricultural cooperation thanks to our mutual complementarity, and our further cooperation will be significant to enhancing peoples' well-being and deepening our comprehensive strategic partnership that features mutual respect and common development," the ministers said.