WASHINGTON, June 21 (Xinhua) -- With strong winds and heavy rains, tropical storm Claudette roared off the coast of US state North Carolina on Monday, after leaving at least 14 dead in southern US state Alabama.

"Tropical Storm #Claudette will exit off the NC coast this morning, with mostly sunny conditions expected behind her," The US National Weather Service office in Morehead City tweeted on Monday. 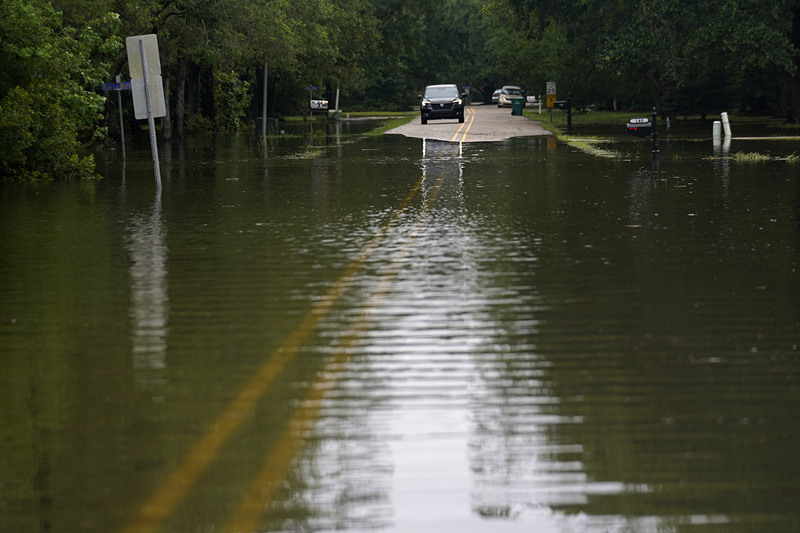 Claudette had maximum sustained winds of 40 mph on Monday, the National Hurricane Center said in an advisory.

However, the weather service issued flash flood warnings in parts of eastern North Carolina, where a high risk of rip currents was posted for several beaches, said a USA Today report.

At least 14 people were dead in Alabama during the storm, including nine children and a 29-year-old father after a multi-vehicle crash in Butler County on Saturday.

Also in Alabama, Timothy Bragg, 31, died after falling into flood waters in Birmingham, the authorities said on Monday.

This hurricane season could bring a record sixth consecutive year of above-normal activity, according to the USA Today report, citing the US National Oceanic and Atmospheric Administration prediction of up to 20 named storms that will develop, starting with tropical storms driving wind speeds of 39 mph or higher.