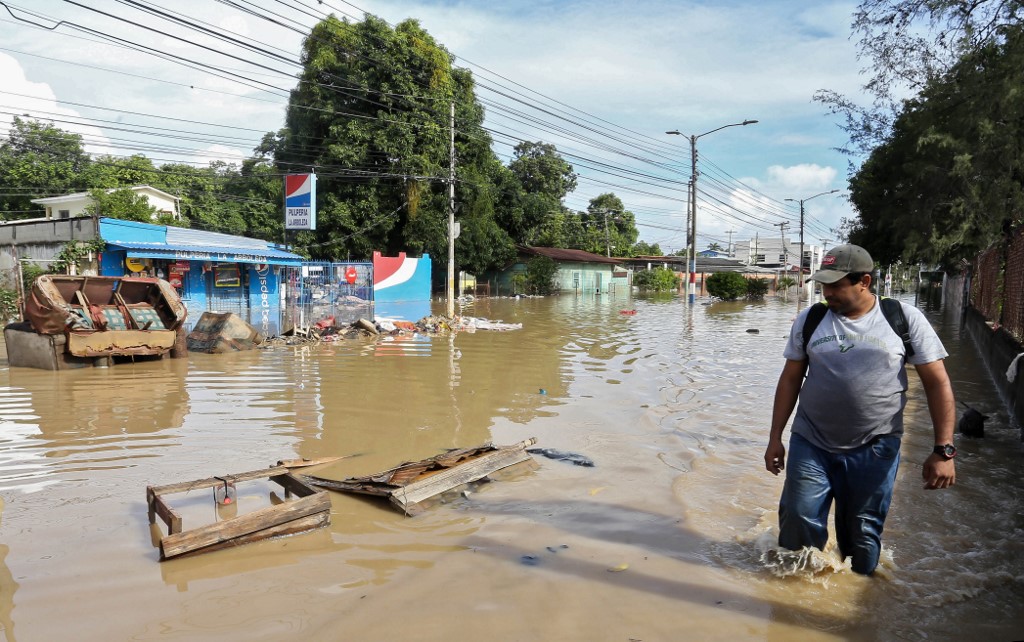 A man wades through the water in the flooded municipality of La Lima near San Pedro Sula in Honduras, on November 19, 2020, after heavy rains from Hurricane Iota caused the Chamelecon river to overflow.  (Photo: AFP)

In terms of material damage, Copeco said six bridges were damaged and three destroyed, while 8,111 homes were affected, 153 damaged and 27 destroyed.

The country's northern Sula Valley was the hardest hit, with the Ramon Villeda Morales airport in San Pedro Sula inundated. Civil aviation authorities said it could take until Dec. 15 to reopen the airport.