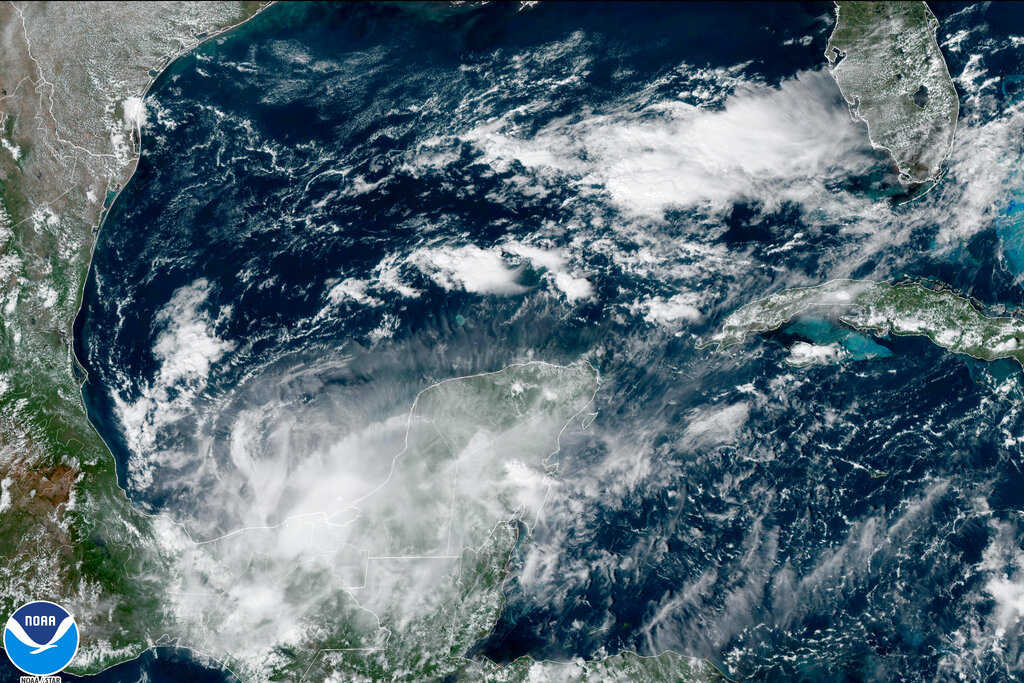 The U.S. National Hurricane Center said the storm would move near land during Saturday and likely dissipate by early Sunday. It meandered slowly Friday, angling away from what had been an expected landfall in the evening.

The coastal cities of Coatzacoalcos and Paraiso lie near the storm's expected path.

“The rains forecast could cause mudslides, rising levels in rivers and streams, and flooding in low-lying areas,” Mexico's National Water Commission said in a statement.

The U.S. hurricane center said Karl could drop 2 to 5 inches (5 to 13 centimeters) of rain across portions of Veracruz and Tabasco states as well as northern Chiapas and Oaxaca states through Sunday morning. It said as much as 8 inches (20 centimeters) could fall in isolated spots.