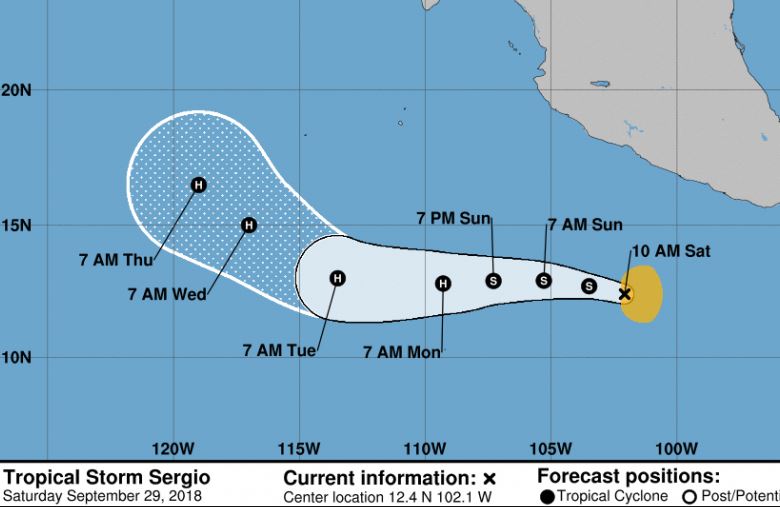 At 10:30 am local time Sergio was located 555 kilometers southwest of Acapulco, Guerrero state.

The SMN expects strong winds in the neighboring states of Michoacan and Oaxaca.

According to SMN, Sergio will intensify in strength and become a Category 1 hurricane in the early hours of October 1 when off the western coast of Colima.

At no point will Sergio move inland.

Meanwhile, on the Baja California peninsula in northwest Mexico, preparations are being made for the impact of tropical storm Rosa on October 1.

The SMN predicts Rosa will cross the peninsula and move through the Gulf of California where it will make land again, northwest of Sonora state, before dissipating in the U.S. state of Arizona on October 2.