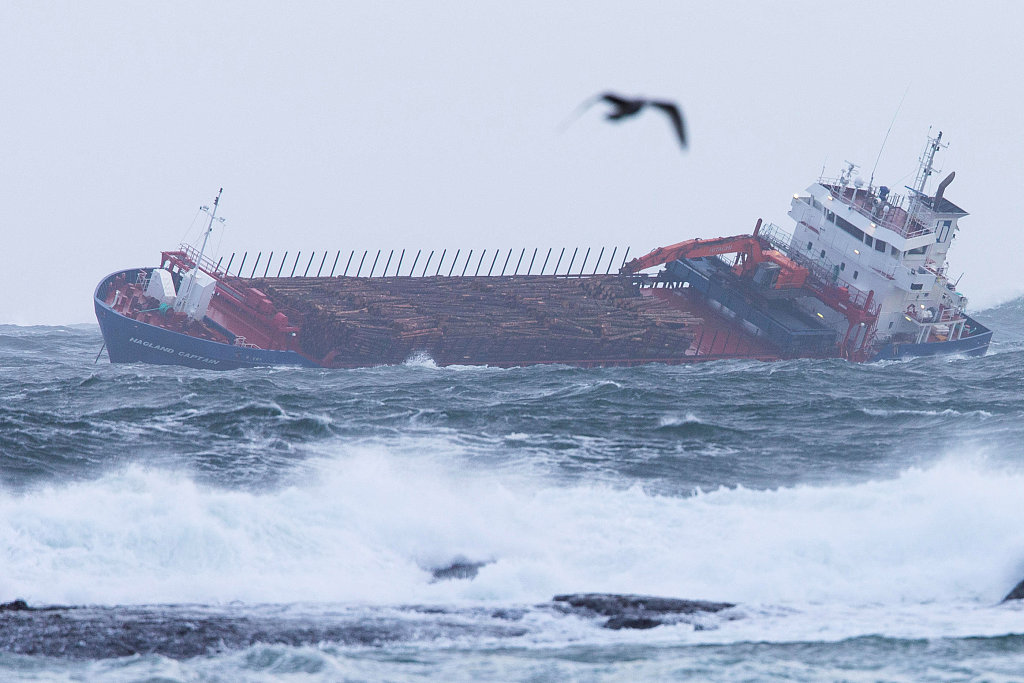 The vessel Hagland Captain is seen in the same area as the cruise ship Viking Sky outside Hustadvika in Norway, March 24, 2019. (Photo: VCG)

OSLO, March 24 (Xinhua) -- A cruise ship that got into trouble in a storm off Norway's western coast Saturday with about 1,300 people onboard has restarted three of its four engines and will be towed to port, emergency services said Sunday.

"Three of the four engines are now working, which means the boat can now make way on its own," emergency services spokesman Per Fjeld said.

The cruise ship Viking Sky had engine problems at Hustadvika, a 19-km long section of coastline in Norway's western county of Romsdal, got stranded for hours before rescue arrived, according to daily newspaper VG.

Police said 338 of the 1373 people on board the vesselhad been evacuated by helicopter.

The cruise ship is leaving the dangerous, rocky coast at 2-3 knots (4-5 km) an hour, and is heading towards, with the assistance of a tug, the port of Molde, some 500 km northwest of Oslo, officials said.

According to the website Marine Traffic, the ship, built in 2017, was on its way from Norway's northern city of Tromso to its southern city of Stavanger.