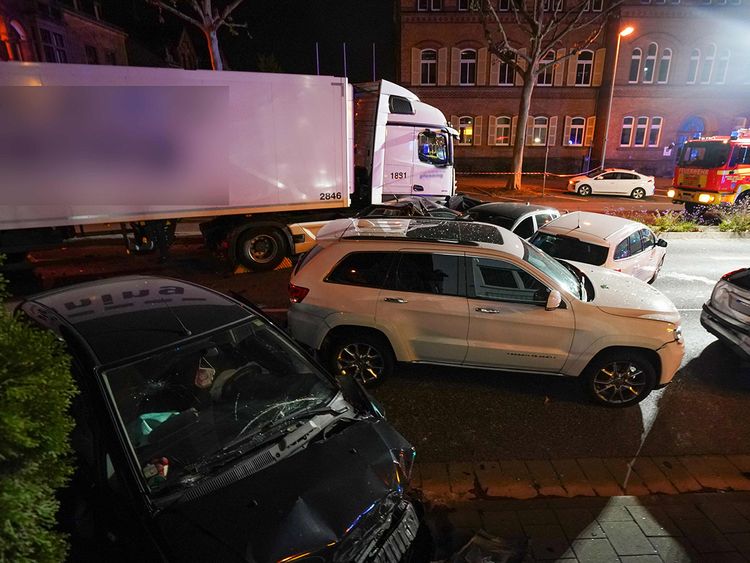 Picture shows the scene where a truck crashed in to cars stopped at a red light in Limburg, western Germany on October 7, 2019. (Photo: AFP)

FRANKFURT, Oct. 7 (Xinhua) -- A truck crashed into several vehicles in the German city of Limburg on Monday evening, leaving 17 people injured, according to local authority and media.

A man hijacked a truck around 5:20 p.m. local time and shortly afterwards drove up to several cars and pushed them together, the police of West Hesse said in a statement.

The truck driver and 16 other people were injured, including one in critical condition, local media Frankfurter Neue Presse quoted the authority as saying.

The police said the driver, slightly injured, was arrested and then treated in an ambulance.

Investigation is underway and the police have asked the public to refrain from speculation.