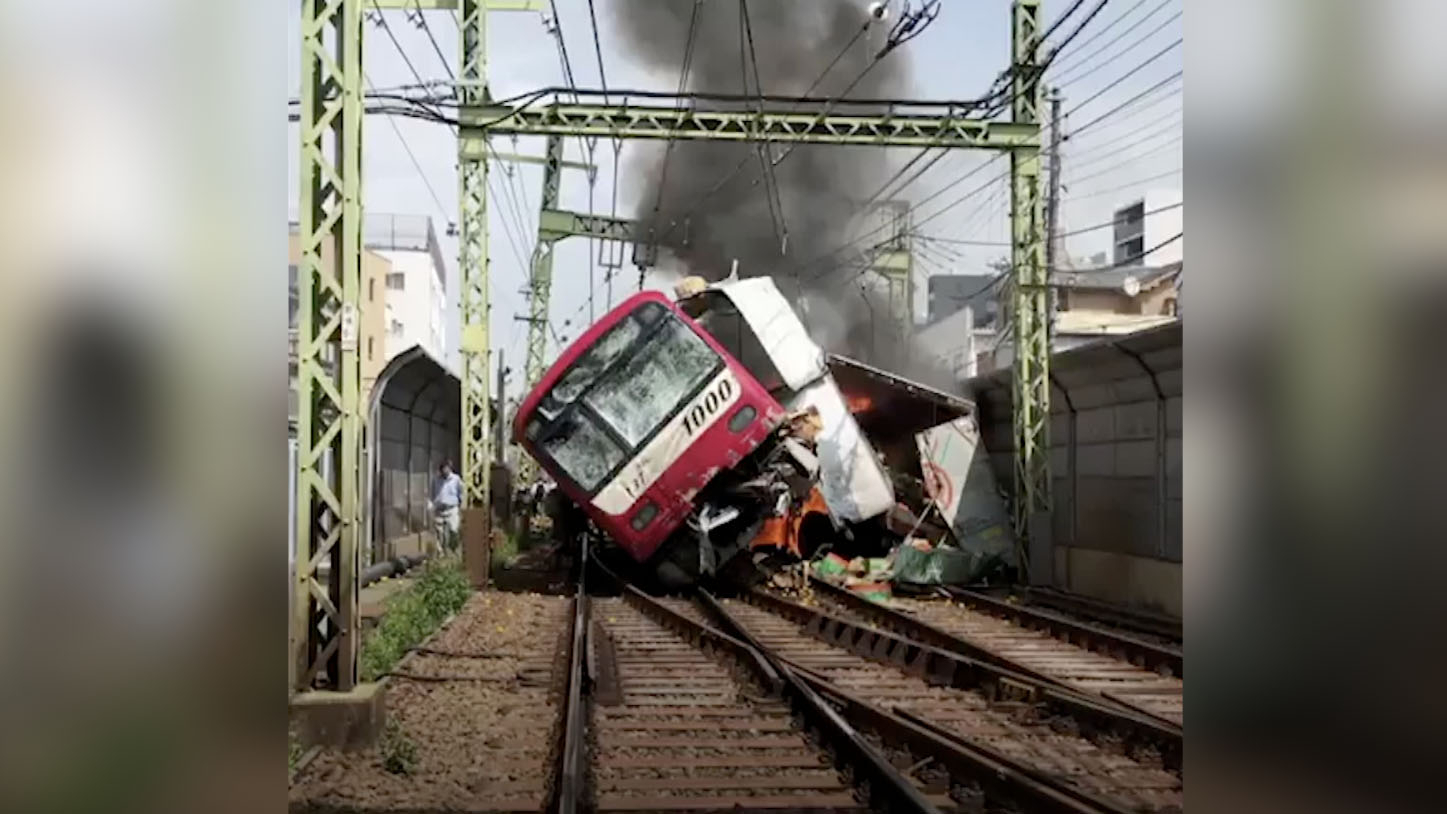 One person was killed, and 33 others injured after a passenger train collided with a truck and derailed in Yokohama, Japan on Thursday, NHK reported.

The collision derailed at least the first three carriages of the eight-carriage train, while the truck caught fire, reports suggested.