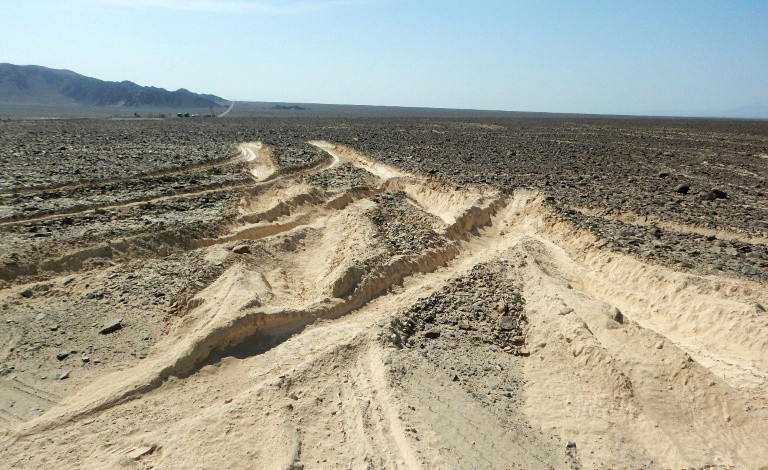 Peru's ancient Nazca lines were damaged when a driver accidentally plowed his cargo truck into the fragile archaeological site in the desert, officials said Tuesday.

The lines, considered a UNESCO World Heritage site, are enormous drawings of animals and plants etched in the ground some 2,000 years ago by a pre-Inca civilization. They are best seen from the sky.

The driver ignored warning signs as he entered the Nazca archaeological zone on January 27, the Ministry of Culture said in a statement.

Security guards detained the driver and filed charges against him at the local police station, the statement added.

Entering the area is strictly prohibited due to the fragility of the soil around the lines, and access is only allowed wearing special foam-covered foot gear, according to Peruvian authorities.

The lines criss-cross the Peruvian desert over more than 500 square kilometers (200 square miles).

Created between 500 BC and AD 500 by the Nazca people, they have long intrigued archaeologists with the mystery of their size and their meticulously drawn figures.

Some of the drawings depict living creatures, others stylized plants or fantastical beings, others geometric figures that stretch for kilometers (miles).

This is not the first time the Nazca lines have been damaged in recent years.

In September 2015 a man was detained after he entered the site and wrote his name on one of the geoglyphs.

In December 2014, Greenpeace activists set up large letters beside one of the designs, known as the Hummingbird, that read: "Time for change! The future is renewable."

The protest drew a furious reaction from Peru, which at the time was hosting UN talks aimed at curbing global warming.