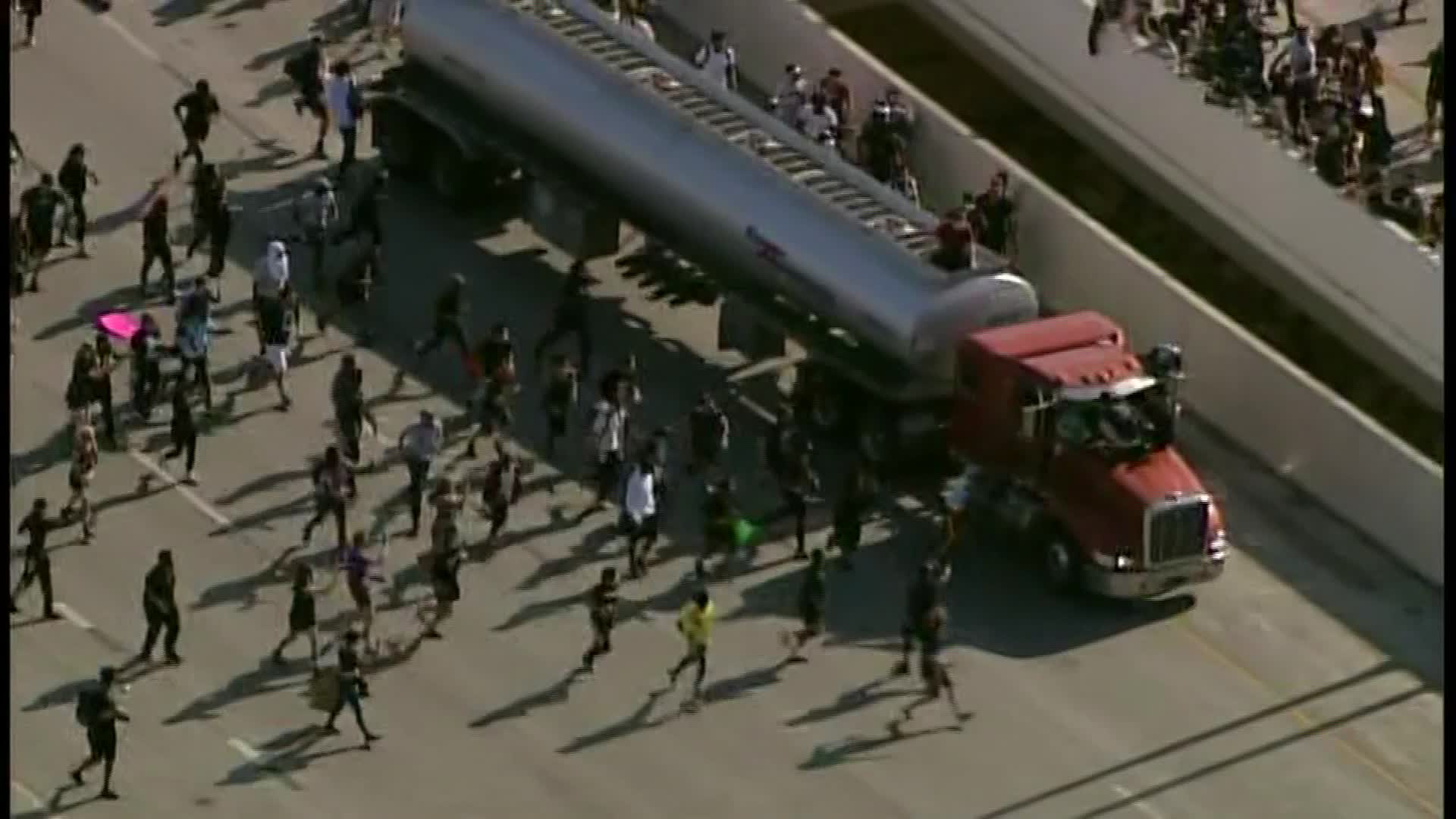 Minneapolis protesters converge on a truck driving on the freeway on May 31, 2020. (Photo: social media)

A tanker driver was arrested in the US city of Minneapolis Sunday after driving his vehicle at speed on a bridge packed with protesters taking part in an anti-racism march, officials said.

Although there were no immediate reports of protesters being hurt, the driver himself was taken to hospital after being hauled from his vehicle, the governor of Minnesota told reporters.

"I don't know the motives of the driver at this time but at this point in time, to not have tragedy and many deaths is simply an amazing thing," Tim Walz said.

Television footage showed that several hundred protestors were on the bridge which had been closed to traffic when the truck suddenly appeared. It was not immediately clear if the truck had been breached a barricade or had been given permission to enter.

Although he did not drive straight at the bulk of the crowd, the driver showed little sign of slowing down and some of the protesters could be seen desperately running to the side of the road before the truck eventually came to a halt.

In a statement, the local police department said that the unnamed truck driver had been taken to hospital "with non-life threatening injuries".

"He is under arrest. It doesn’t appear any protesters were hit by the truck," it added.

The footage evoked memories of the murder in 2017 of an anti-racism protester in the city of Charlottesville who was killed when a white supremacist drove his vehicle into a crowd.

Minneapolis has been the scene of large-scale protests since last Monday when a black man called George Floyd died while being arrested by a white police officer who pinned his knee on his neck for around eight minutes.