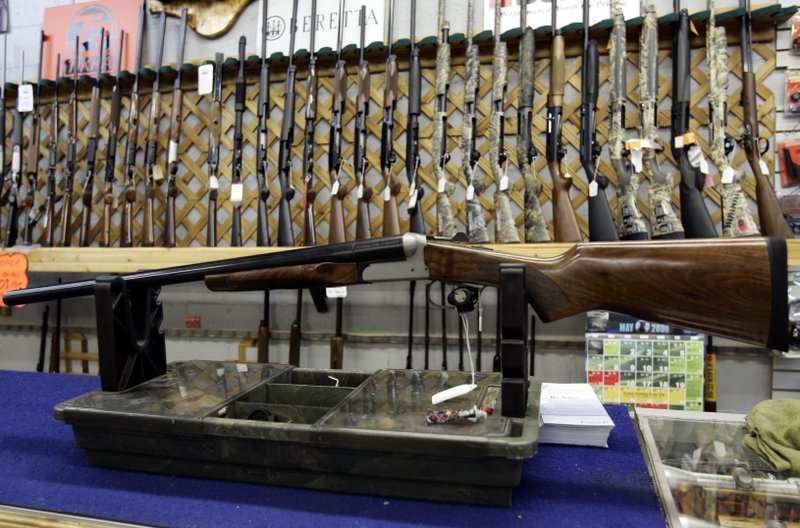 In a May 16, 2006 file photo, rifles line a hunting store's shelves in Ottawa. Prime Minister Justin Trudeau said Friday, May 1, 2020 that Canada is banning the use and trade of assault-style weapons immediately. (Photo: AP)

OTTAWA, May 1 (Xinhua) -- Canadian Prime Minister Justin Trudeau on Friday announced a ban on some 1,500 makes and models of military-grade "assault-style" weapons in Canada.

Starting Friday, licensed gun owners will no longer be allowed to sell, transport, import or use these sort of weapons in the country.

Trudeau cited numerous mass shootings, from Ecole Polytechnique in 1989 to the killings in Nova Scotia last week, as the reasons for the ban.

Stricter controls on firearms were also a promise in the Liberals' election campaign platform last fall.

By April 2022, all Canadians must be in compliance with the law, Justice Minister David Lametti said, adding that gun owners that have not disposed of their banned firearms could face criminal sanctions under the criminal code.

Firearms owners may return the firearms to the manufacturer or export them as part of a sale between now and 2022, according to Lametti.