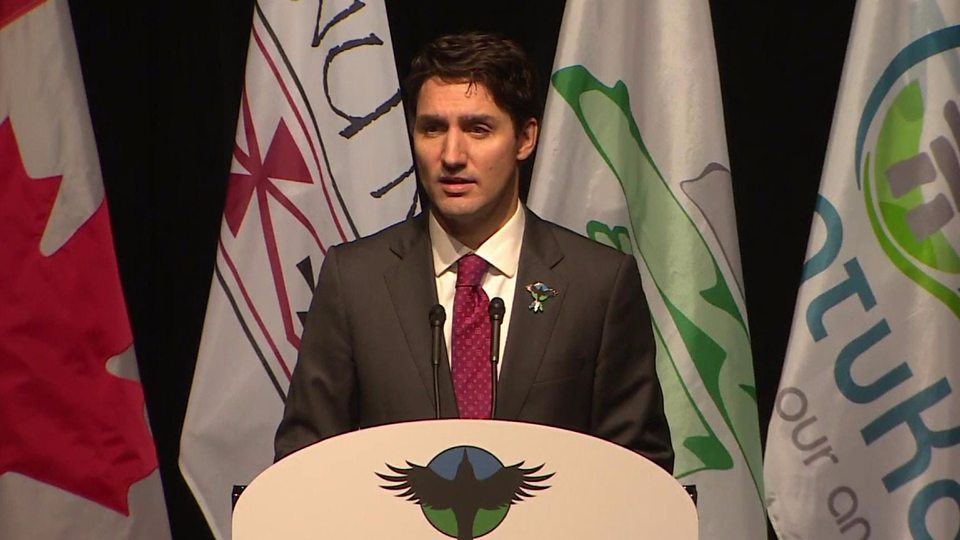 Canadian PM Justin Trudeau has issued a formal apology to former residential school students in Newfoundland and Labrador on 24 November.

He said:"We are here today to acknowledge a historic wrong. ""Many were sorely neglected, not properly fed, clothed or housed. Others suffered physical, psychological and sexual abuse. All were deprived of the love and care of their families, their parents and of their communities. These are the hard truths that are part of Canada's history. These are the hard truths that we must confront as a society. Today, I humbly stand before you to offer a long overdue apology."

Some 150,000 indigenous children over more than 100 years were separated from their families and forced to have a state-run education.

More than 3,000 children died while at the schools and others suffered physical, emotional or sexual abuse.

Survivors of five schools in the Atlantic province were left out of a previous 2008 national apology.