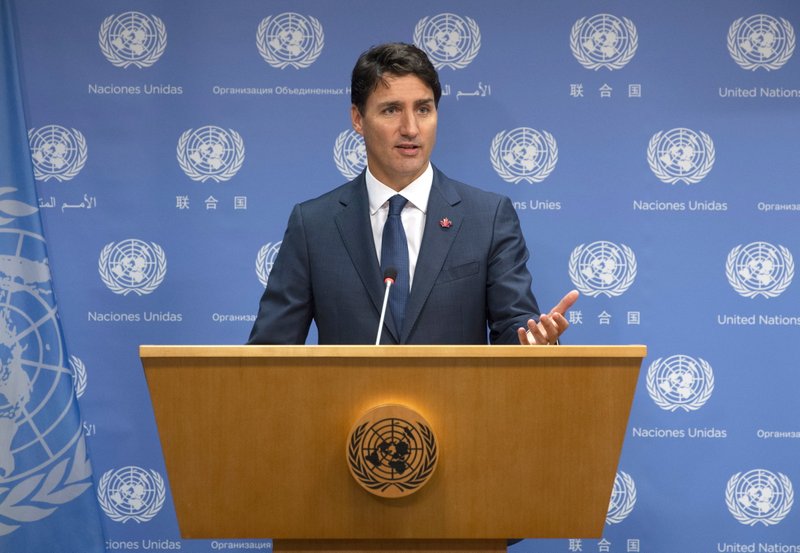 "The Americans are finding that the negotiations are tough because Canadians are tough negotiators, as we should be, but a good and fair deal is still very possible," Trudeau said to reporters on his way to a cabinet meeting on Parliament Hill in Ottawa Thursday morning.

Trump, speaking at a press conference in New York on the sidelines of the United Nations General Assembly on Wednesday, threatened to tax cars imported "if Canada doesn't make a deal with" the United States.

He also said that he was very unhappy with "the negotiations and negotiating style of Canada" and that he had turned down a recent one-on-one meeting with Trudeau in New York.

In response, Trudeau's office released a statement saying that there had been no such request.

Trump's new threat came just four days before the US-imposed deadline of Sept. 30 for providing the US Congress with an updated NAFTA text.