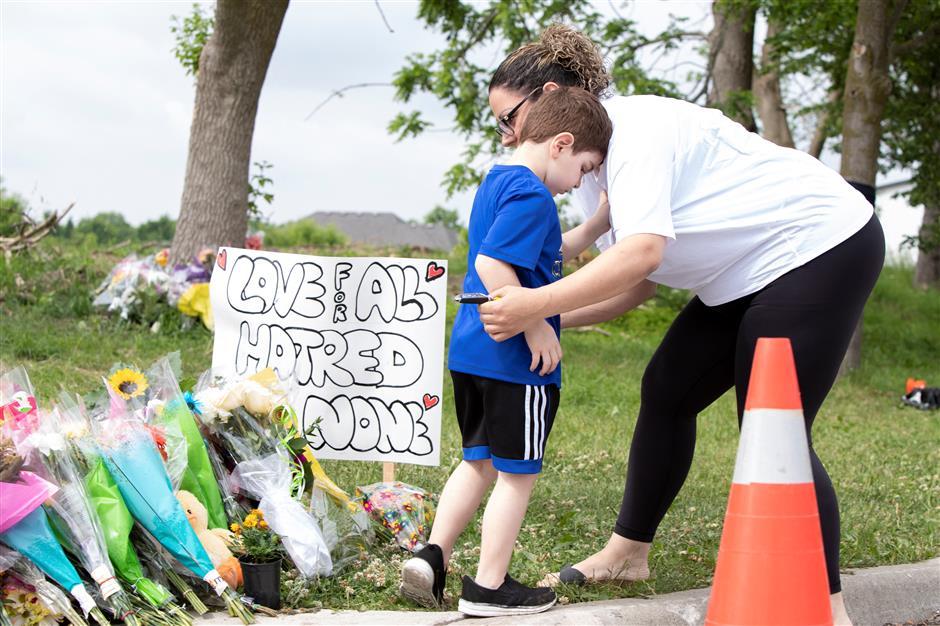 Families pay their respects on June 8 at a makeshift memorial near the site where a man driving a pickup truck struck and killed four members of a Muslim family in London, Ontario, Canada. (Photo: Agencies)

Canadian Prime Minister Justin Trudeau on Tuesday denounced the killing of four Muslim family members, run down by the driver of a pickup truck, as a hate-driven "terrorist attack," as he urged the nation to stand up against intolerance.

The victims – a husband and wife, their teenage daughter and the child's grandmother – were killed on Sunday when the truck mounted a curb and struck them in the city of London, in Canada's central Ontario province.

The couple's 9-year-old son, orphaned in what police said was a planned attack targeting a Muslim family, was recovering in hospital from serious injuries.

"This killing was no accident. This was a terrorist attack, motivated by hatred, in the heart of one of our communities," Trudeau said during an impassioned speech at the House of Commons.

"We all need to be aware," he later told reporters, "that Canada is not immune to the kind of intolerance – of the kind of division – that we have seen elsewhere around the world."

The victims were part of a "model family ... always there giving and participating in spreading goodness," said a statement issued by their relatives.

Following Sunday's "brutal and horrific attack," the statement said, it was time for all Canadians, from the government on down, to "take a strong stand" against hatred, Islamophobia and intolerance.