Trudeau to recall parliament for expanded emergency aid against COVID-19 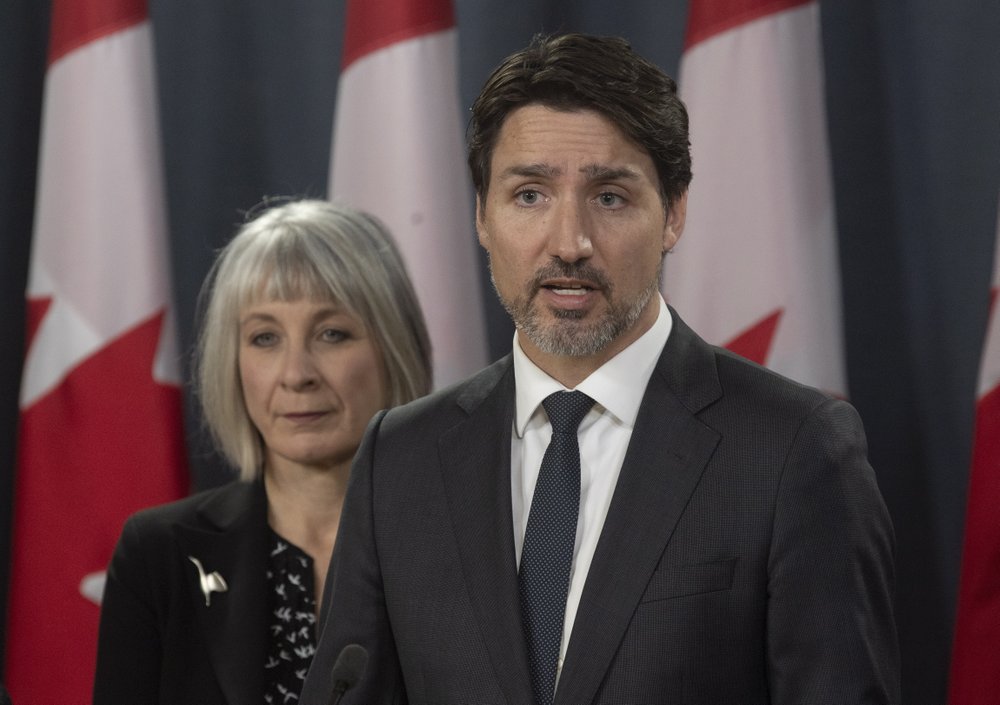 OTTAWA, April 1 (Xinhua) -- Canadian Prime Minister Justin Trudeau said Wednesday that he is recalling the Canadian parliament again for expanded emergency aid as his country is facing the greatest economic and health challenge due to the COVID-19 crisis since the Second World War.

Trudeau told his daily press conference that recalling the parliament is part of a "Team Canada" effort to combat the COVID-19 spread that has shut down huge sections of the economy and placed a massive strain on the medical system.

Trudeau called the aid package of 107 billion Canadian dollars (about 75 billion U.S. dollars) to help the unemployed, protect jobs of workers in shuttered businesses and loans and liquidity measures for business as the "biggest economic measures in our lifetime to defeat a threat to our health."

"This is the largest economic program in Canada's history," he said. "This must be a Team Canada effort. Governments of all orders across the country are stepping up to fulfill their responsibility to Canadians. Canada hasn't seen this type of civic mobilization since the Second World War."

Trudeau clarified that starting April 6 Canadians can apply for aid package named Canada Emergency Response Benefit, but if they are set to get the new 75 percent wage subsidy, they cannot collect both.

Early Wednesday, Canadian Conservative Party Leader Andrew Scheer said the massive emergency aid bill passed by the parliament last week is out of step with Trudeau government's new plans to raise the wage subsidy for employer from 10 percent to 75 percent.

Scheer said his party is willing to return to the parliament to change the law, saying there are discrepancies in whether publicly traded companies are eligible for the wage benefit and whether companies need to sustain a revenue drop in order to qualify.

Trudeau said the new wage subsidy will only be available to employers who commit to paying the remaining 25 percent of an employee's salary.

"It is going to be available for businesses big and small that are not publicly funded and have seen a 30 percent decline in gross revenue. That includes everything from bars and restaurants, charities and non-profits," he said. "This money is for workers and employers will need to attest they are doing everything they can to pay the remaining 25 percent of people wages."

Trudeau reiterated there will be stiff and severe penalties for employers who try to take advantage of the new program.