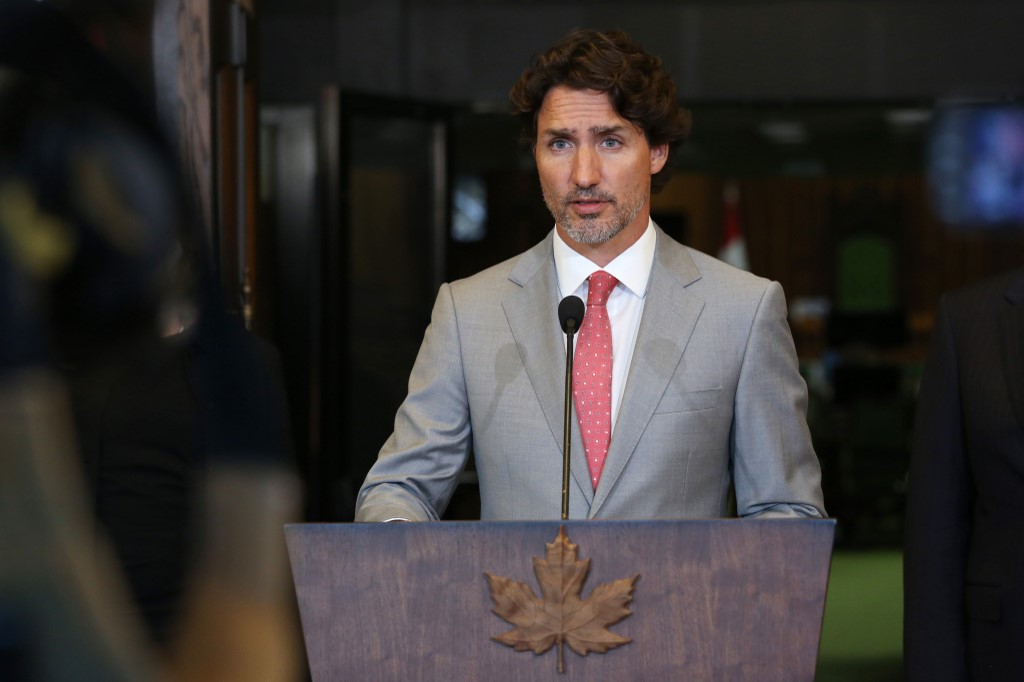 "We're seeing record spikes this morning across the country. So I'm imploring the premiers and mayors to please do the right thing - act now to protect public health," Trudeau said at a press conference in Ottawa.

"I think it's extremely important to recognize that we are in a resurgence of COVID-19 and there are things that different regions can do more to fight COVID-19," Trudeau said.

"With rising cases of COVID-19 here at home, there's added pressure on all orders of government to keep people safe and to protect jobs. But I would hope that no leader in our country is easing public health vigilance because they feel pressure not to shut down businesses or slow down our economy," he said.

"I understand that worry, but let me tell you: that's how we end up with businesses going out of business, and the economy damaged even more. Beating COVID is the only way to protect our economy," he said.

Ontario, which recently eased its strict restrictions on businesses and public activity in some regions, reported 1,388 new cases of COVID-19 on Tuesday, a record new daily high in the province.

The Manitoba government announced on Tuesday that the entire province is moving under "Code Red" critical restrictions after seeing a surge of new cases in recent days while a group of physicians in Alberta province sent a letter to Premier Jason Kenney, calling for swift moves to slow the spread of the virus.

Canadian Chief Public Health Officer Theresa Tam told reporters on Tuesday that across Canada there have been on average more than 3,800 cases reported each day over the last week.