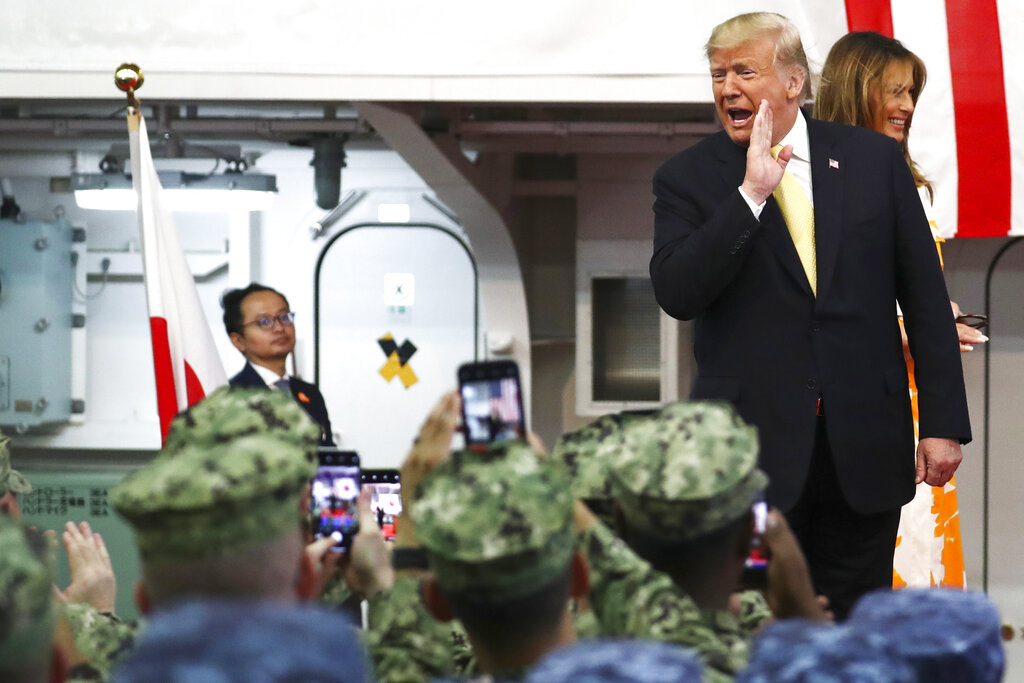 US President Donald Trump and first lady Melania Trump react during delivering a speech to Japanese and US troops as they aboard Japan Maritime Self-Defense Force's (JMSDF) helicopter carrier DDH-184 Kaga at JMSDF Yokosuka base in Yokosuka, south of Tokyo Tuesday, May 28, 2019. (Photo: AP)

Aboard the Japanese J.S. Kaga destroyer, a helicopter carrier designed to carry submarine-hunting helicopters to distant waters, Trump, winding up his four-day state visit to Japan, made a joint speech with Abe to address some 500 Japanese and US personnel inside the warship's hangar.

"I want to thank my friend, and your prime minister. He's an extraordinary man, for his commitment to improving Japan's defense capabilities which also advances the security of the United States of America," Trump said.

Before heading home from Japan on Tuesday afternoon, Trump will also land aboard the USS Wasp, a US multipurpose amphibious assault ship, where he'll deliver a Memorial Day speech to US troops.