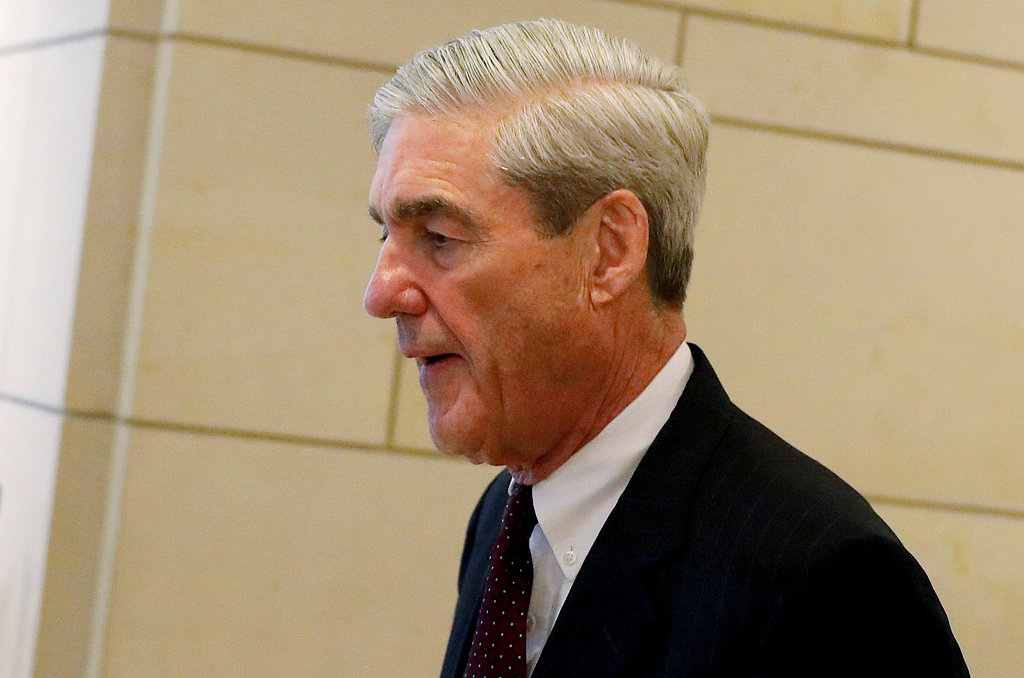 "The inner workings of the Mueller investigation are a total mess. They have found no collusion and have gone absolutely nuts," Trump tweeted early Thursday morning.

"They are screaming and shouting at people, horribly threatening them to come up with the answers they want." the president continued, without details or evidence.

"These are Angry People, including the highly conflicted Bob Mueller, who worked for Obama for 8 years. They won't even look at all of the bad acts and crimes on the other side." Trump said in another tweet. Mueller served under both Republican President George W. Bush and Democratic President Barack Obama.

"The only 'collusion' is that of the Democrats with Russia and many others," the president went on.

Trump's remarks came one day after Senate Majority Leader Mitch McConnell blocked a bipartisan bill to protect Mueller's probe from any interference by Trump, insisting that the president isn't likely to fire Mueller or meddle in the probe.

A Fox News report said Trump's legal team is believed to be finalizing written answers to Mueller, concerning questions about whether the Trump campaign colluded with Russia during the 2016 campaign.

Trump fired Attorney General Jeff Sessions and named Sessions' chief of staff Matthew Whitaker as acting attorney general on Nov. 7. Whitaker, known to be skeptical about Mueller's probe, is expected to take charge of oversight over Mueller's Russia probe including approval of budget decisions and subpoenas.

A group of 18 U.S. state attorneys general last week urged Whitaker to recuse himself from the Russia probe in a cosigned letter, saying the Mueller's probe "must proceed free from interference."