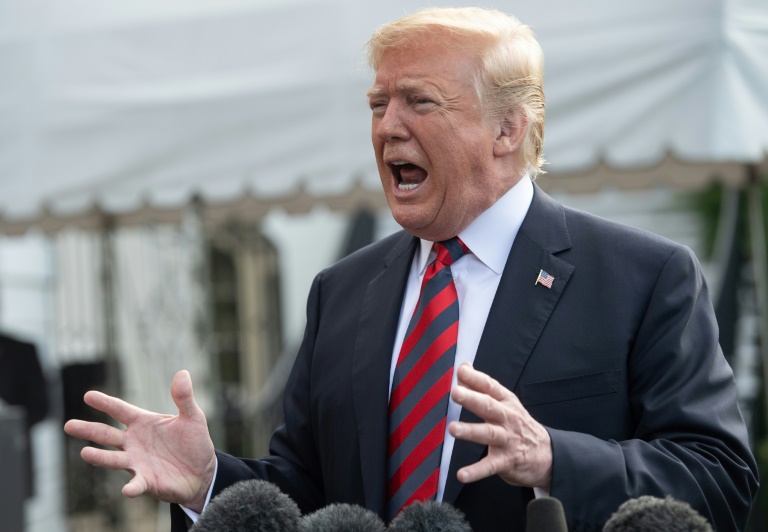 "Oil prices are too high, OPEC is at it again. Not good!" President Trump wrote on Twitter (Photo: AFP)

US President Donald Trump on Wednesday accused the Organization of Petroleum Exporting Countries of driving up oil prices, in a fresh swipe at the cartel's agreement to cap production.

"Oil prices are too high, OPEC is at it again. Not good!" he wrote on Twitter.

Oil prices peaked in late May, hitting the $80 per barrel ceiling on the Brent futures contract and $72.24 on the West Texas Intermediate.

Traders are holding their breath for the June 22 meeting of oil ministers from OPEC member states in Vienna.

"With record amounts of Oil all over the place, including the fully loaded ships at sea, Oil prices are artificially Very High! No good and will not be accepted!" Trump tweeted on April 20.

OPEC producers and non-OPEC countries struck a deal in 2016 to trim production by 1.8 million barrels per day to reduce a global glut of oil.