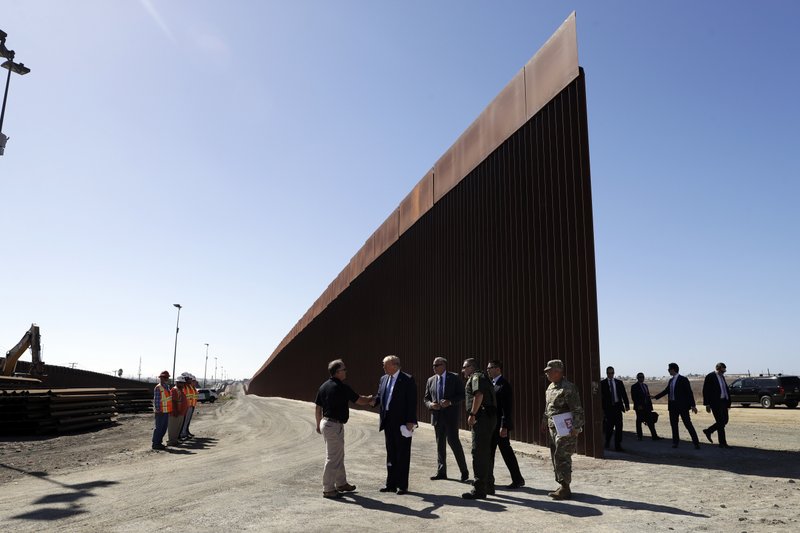 The Trump administration is weighing whether to shift billions more in military funding to build the border wall after already moving more than $6 billion, prompting a fresh round of criticism from lawmakers.

But senior administration officials cautioned that no final decisions have been made, and no official figures have been decided. The officials were not authorized to publicly discuss internal deliberations and spoke on condition of anonymity.

The border wall is one of Trump’s signature issues — he’s been talking about building a “big beautiful wall” between the US and Mexico since his early campaign days. Then, he was claiming he’d make Mexico pay for it. But American taxpayers are paying instead — and wall funding has been a major source of conflict between Democratic lawmakers and Trump as they negotiate agency funding bills each year. Last year Trump was forced to settle for just $1.4 billion in wall funding following the longest government shutdown in history.

But he issued a controversial declaration of a national emergency shortly afterward that allowed him to shift almost three times as much money from military construction accounts to wall building. The Supreme Court ruled this summer the funds could be used. In total, about $12 billion has been allocated for the wall. And billions more have been requested.

Homeland Security officials, who manage border security, referred questions on the funding to the White House, which did not comment.

Acting Secretary of Homeland Security Chad Wolf disputed the critics who say the new construction is only replacing old fencing. The new, 30-foot (9-meter) walls do replace other barriers, but those were shorter and easier to cross. Wolf said he’s confident the administration will build or start to build 400 to 450 miles (644 to 724 kilometers) by the end of the year.

At a Pentagon news conference Tuesday, Defense Secretary Mark Esper was asked about the reports that the administration is considering diverting billions more in Defense Department funding to support wall construction this year.

He declined to respond directly beyond saying the Pentagon considers the Southwest US border to be part of its mission to protect the homeland, and that the Pentagon supports the DHS in that respect. Asked whether that meant supporting DHS financially, he said, “If that’s what it takes, we prepared to support.”

House Appropriations Committee Chairwoman Nita M. Lowey and other lawmakers said the administration was planning to “steal” $7.2 billion in counternarcotics and military construction funding to pay for the wall.

“Having failed to get his way in Congress, it appears President Trump is now once again forcing servicemembers and their families to pay for his wall by cancelling even more vital military construction projects,” Lowey, of New York, and other Democratic lawmakers said in a statement. “He is choosing politics over their readiness and quality of life.”