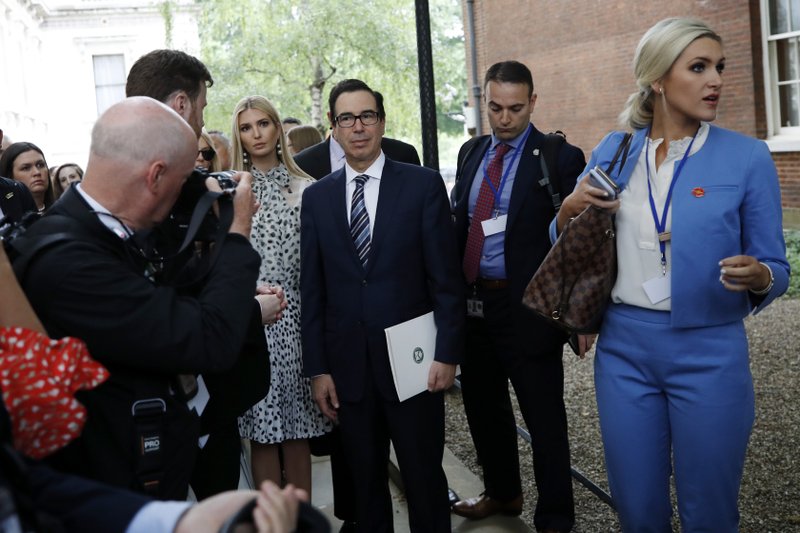 The Trump administration on Tuesday imposed major new travel restrictions on visits to Cuba by US citizens, banning stops by cruise ships and ending a heavily used form of educational travel as it seeks to further isolate the communist government.

The Treasury Department announced that the US will no longer allow cruises to Cuba or the group educational and cultural trips known as “people to people” travel to the island.

Treasury Secretary Steven Mnuchin said the measures are a response to what it calls Cuba’s “destabilizing role” in the Western Hemisphere, including support for the government of President Nicolas Maduro in Venezuela.

“This administration has made a strategic decision to reverse the loosening of sanctions and other restrictions on the Cuban regime,” Mnuchin said. “These actions will help to keep US dollars out of the hands of Cuban military, intelligence, and security services.”

Cruise ships have brought thousands of Americans to Cuba since the US began restoring full diplomatic relations with Cuban government in December 2014 and have provided an important economic lifeline to the island.

Along with the cruise ships, the US will also now ban most private planes and boats from stopping in the island.

“Consequently, private and corporate aircraft, cruise ships, sailboats, fishing boats, and other similar aircraft and vessels generally will be prohibited from going to Cuba,” according to the new rules published by the Commerce Department.

The new restrictions take effect Wednesday, but the government will allow anyone who has already paid for the trip to go ahead with it.

The new measures end cruise travel from the US to Cuba, a highly successful new line of business for US cruise lines that also has become the most popular way for American leisure travelers to visit the island. Cuban government figures show that 142,721 Americans arrived on cruise ships between Jan. 1 and April 30, more than the 114,832 who came by plane. The figures exclude Cuban-born Americans visiting family on the island.

Commercial airline flights appear to be unaffected and travel for university groups, academic research, journalism and professional meetings will continue to be allowed.

“It kills the people-to-people category, which is the most common way for the average American to travel to Cuba,” said Collin Laverty, head of Cuba Educational Travel, one of the largest Cuba travel companies in the US.

The new restrictions had been previewed by national security adviser John Bolton in an April speech in Miami to veterans of the failed 1961 Bay of Pigs invasion but details of the changed were public until Tuesday. Treasury said the sanctions would take effect on Wednesday after they are published in the Federal Register.