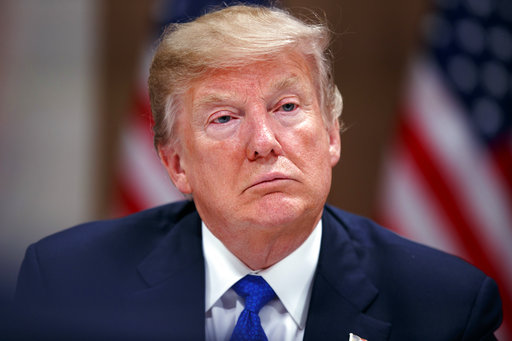 US President Donald Trump listens during a dinner with European business leaders at the World Economic Forum, Thursday, Jan. 25, 2018, in Davos. (Photo: AP)

The White House will propose an immigration plan that will allow as many as 1.8 million young immigrants to seek US citizenship, according to a memo released Thursday.The White House said it backs a 10-12 year path to citizenship for recipients of the Deferred Action for Childhood Arrivals (DACA) program and other "DACA-eligible illegal immigrants" who were brought to the United States as children.That could cover up to 1.8 million people, the White House estimated.In exchange, the White House said it seeks a plan including 25 billion US dollars in trust fund for a border wall system and other measures to strengthen border security.Besides, the memo showed that the White House wants changes to the legal immigration system, including policies prioritizing family members to "spouses and minor children only," along with a complete elimination of the visa lottery system.The proposal was described by senior White House officials as a compromise intended to break an immigration impasse as lawmakers are engaging in tough negotiations over the fate of DACA recipients, known as Dreamers, as their legal status will begin to expire in early March.

"This is kind of a bottom line," said one senior administration official. "This is the president's position."Republican Senator Lindsey Graham hailed the White House framework in a tweet: "President Obama tried and couldn't fix immigration. President Bush tried and couldn't do it. I believe President Trump can. Today's DACA recipients can be tomorrow's #TRUMPDreamers."But Democratic Representative Luis Gutierrez slammed the border wall funding as a "ransom for Dreamers" and said the plan "doesn't pass the laugh test."An impasse between Democrats and Republicans over the issue led to a three-day government shutdown that ended late Monday.The plan, according to those officials, will be sent to the Senate with hopes that a bill would be delivered by Senate Majority Leader Mitch McConnell before a Feb. 8 deadline for a spending bill to avert another government shutdown.