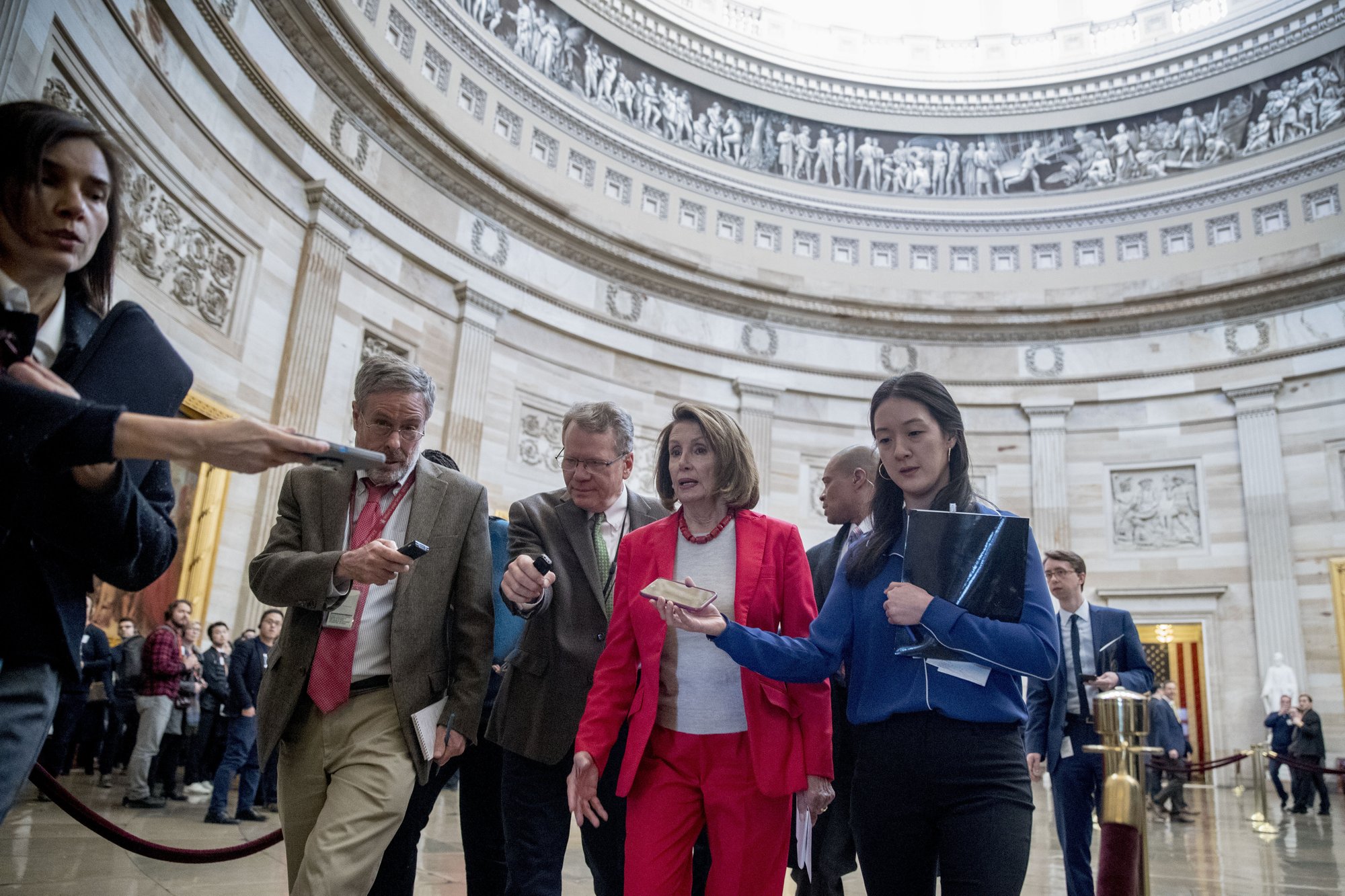 US House Speaker Nancy Pelosi of Calif., center, speaks to reporters as she leaves an event with furloughed federal workers amid the partial government shutdown, Wednesday, Jan. 16, 2019, on Capitol Hill in Washington. (Photo: AP)

WASHINGTON, Jan. 16 (Xinhua) -- US Homeland Security Secretary Kirstjen Nielsen on Wednesday pushed back on House Speaker Nancy Pelosi's request that President Donald Trump should delay his State of the Union address since federal agencies designated to provide security for the event have not been funded due to partial government shutdown.

"The Department of Homeland Security and the US Secret Service are fully prepared to support and secure the State of the Union," Nielsen said on Twitter.

Earlier on Wednesday, Pelosi asked Trump to delay his State of the Union address scheduled for Jan. 29, citing "security concerns" stemmed from the longest government shutdown in modern US history.

"Sadly, given the security concerns and unless government reopens this week, I suggest that we work together to determine another suitable date after government has reopened for this address or for you to consider delivering your State of the Union address in writing to the Congress on January 29th," said Pelosi in a letter to Trump.

The White House has yet to directly respond to Pelosi's request to move the date.

The shutdown started on Dec. 22 due to a budget standoff in which Trump requested 5.7 billion US dollars for building a wall along the US-Mexico border, but congressional Democrats rejected his demand.

More than 80 percent of the Secret Service workforce is considered excepted or exempt and is working during the shutdown, according to a report by The Hill.