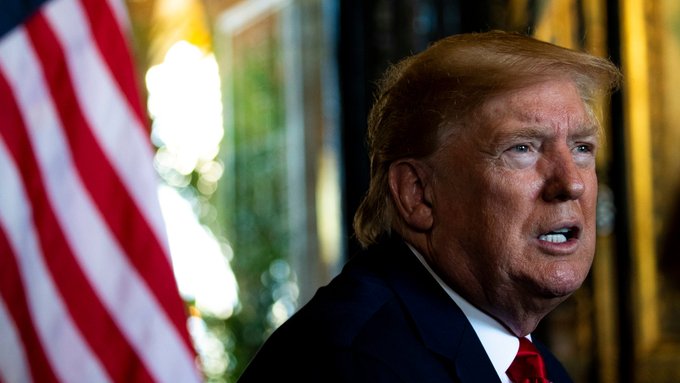 WASHINGTON, Jan. 5 (Xinhua) -- The administration of U.S. President Donald Trump on Sunday continued its bid to deter Iran from retaliatory strikes with tough threats while U.S. lawmakers blamed Trump for leading the country into a less safe territory.

Trump on Sunday warned of a "disproportionate" response to Iran if it chooses to strike any U.S. citizen or asset.

"These Media Posts will serve as notification to the United States Congress that should Iran strike any U.S. person or target, the United States will quickly & fully strike back, & perhaps in a disproportionate manner," he said in a tweet.

"Our intelligence made it very clear that the risk was much greater if we did nothing than if we took the action that we took last week," said Pompeo in an interview with Fox's "Sunday Morning Futures," adding that the United States is "preparing for all kinds of various responses" from Iran.

Trump on Saturday claimed in tweets that the United States has targeted 52 Iranian sites, including cultural sites, and will hit them "very fast and very hard" if Iran retaliates, raising questions about the legality of attacks against significant world heritage sites.

The Trump administration's latest moves against Iran have intensified its tensions with the Congress, as some lawmakers criticized Trump's decision for putting the United States into a more dangerous position and questioned the administration's authorization to kill the top Iranian general.

"Iraq votes to expel American troops. All Americans evacuated from Iraq. U.S. and NATO suspend anti-ISIS campaign," Chris Murphy, a Democratic senator from the state of Connecticut, said in a tweet on Sunday. "The mounting evidence ... is that the Soleimani attack has made us less safe."

"A war without a Congressional declaration is a recipe for feckless intermittent eruptions of violence with no clear mission for our soldiers," said Republican Senator Rand Paul in a tweet.

Democratic Congresswomen Ilhan Omar and Barbara Lee announced on Sunday that they would introduce a resolution to direct the removal of the U.S. Armed Forces from hostilities against Iran that have not been authorized by Congress.

"The assassination of Qassem Soleimani places us on the brink of war with Iran," said Lee in a statement released on Sunday. "We have been down this dangerous path before in Iraq, and we cannot afford another ill-advised, destructive, and costly war in the Middle East."