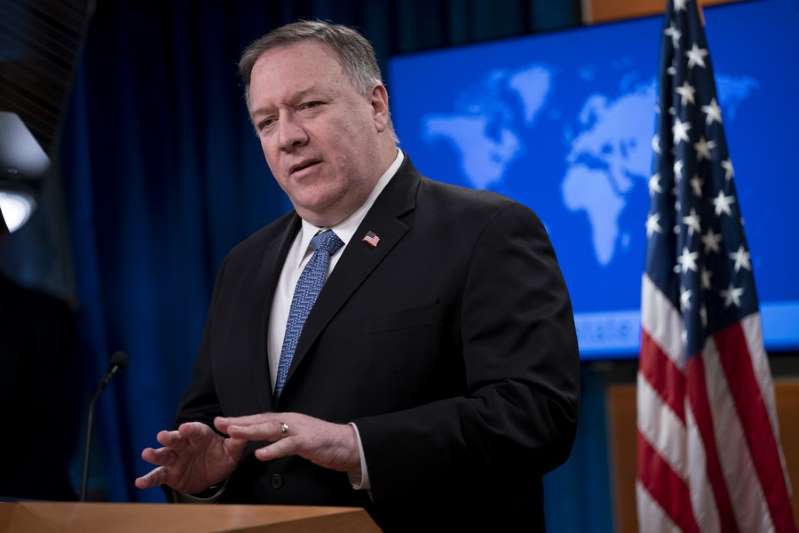 US Secretary of State Mike Pompeo speaks during a press briefing in Washington D.C., the United States, on March 5, 2020. (File phtoo: Xinhua)

The outgoing Trump administration stepped up its pressure against Iran over the past week. It announced plans to designate Yemen's Houthi group as "Foreign Terrorist Organization," accused Iran of ties to terrorist group al-Qaeda, and blacklisted multiple Iranian entities and individuals.

"The damage Trump regime has done to humankind is not enough for its extremists. In its last disgraceful days, designating Houthis to worsen humanitarian nightmare & warmongering lies against Iran by Pompeo show utter contempt for peace," Iranian Foreign Minister Mohammad Javad Zarif tweeted in the same day.

Analysts believed that the Trump administration in its waning days sought to complicate President-elect Joe Biden's diplomatic effort with Tehran. Biden and his foreign policy team had said that they would rejoin the nuclear deal with Iran if Tehran returns to strict compliance.

The relations between Washington and Tehran have deteriorated since May 2018 when President Donald Trump pulled his country out of the Iranian nuclear deal, also known as the Joint Comprehensive Plan of Action (JCPOA), and reimposed harsh sanctions against Iran. In response, Tehran has gradually dropped some of its JCPOA commitments since May 2019.