The Trump administration on Thursday triggered the process for submitting a bill to Congress that would implement the president's new trade deal with Canada and Mexico. 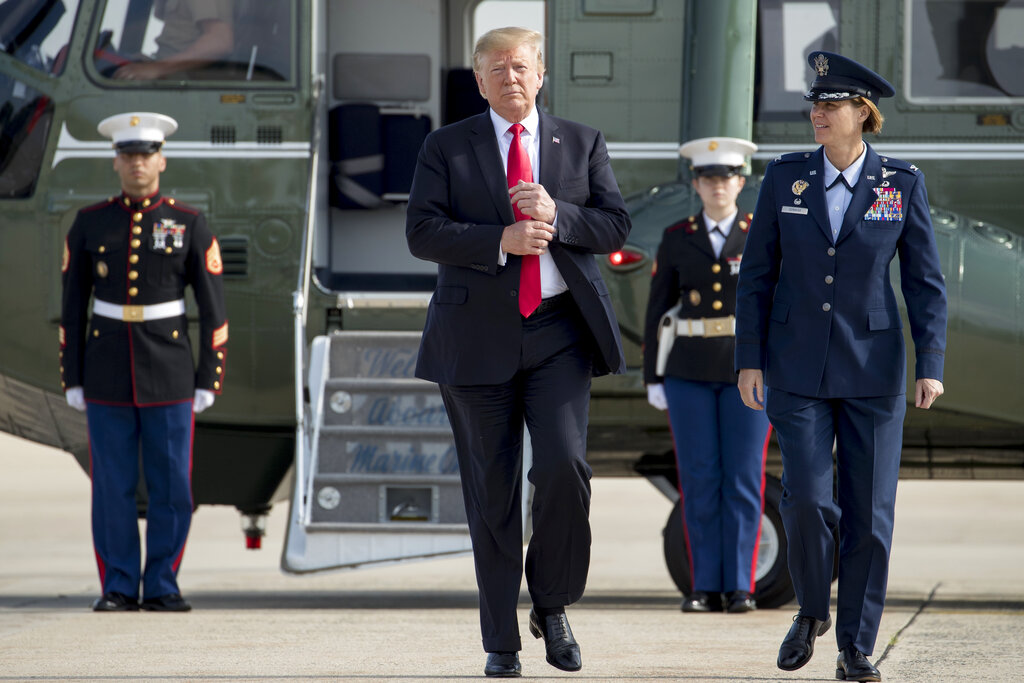 The notification sent to House Speaker Nancy Pelosi and other congressional leaders riled Democrats. They've been talking with US trade officials to address various concerns, including how to enforce labor reforms that Mexico is enacting to strengthen unions.

The procedural step undertaken Thursday includes submission of a draft statement of administrative action and final legal text of the agreement as it now stands. That formality must be undertaken at least 30 days before the administration can submit its legislation to implement the proposed United States-Mexico-Canada Agreement, or USMCA.

Republicans and business groups are trying to generate momentum for the trade deal at a time when strong tensions between the president and Democrats are threatening prospects for getting much of anything done before next year's presidential election.

However, potentially complicating efforts to pass the trade agreement was a new 5% tariff on all Mexican goods that Trump announced Thursday to halt the flow of migrants into the US The tariff, to be effective June 10, would increase each month if Trump is not satisfied by Mexico's efforts on border security.

"In my view, the president is really creating a mess for Republicans who want to support both USMCA and border security," said Daniel Ujczo, an international trade lawyer based in Ohio.

He said many of those lawmakers spent the past year fighting the tariffs that Trump placed on imported steel and aluminum from Canada and Mexico because those tariffs and the retaliatory tariffs they provoked on products such as soybeans and pork hurt many of their constituents. He said the same concerns would apply to the president's proposed tariff on all goods from Mexico.

United States Trade Representative Robert Lighthizer said the procedural step toward implementing the president's new trade deal does not begin a countdown for a vote, but it would ensure Congress had sufficient time to consider approving USMCA before the August recess, "if leadership deems that appropriate."

"We believe that the USMCA can — and ultimately will — attract broad bipartisan support in both houses of Congress. That certainly remains my goal," Lighthizer said. "I look forward to working with you to achieve it."

Democrats said the move would not force them to vote on a North American Free Trade Agreement replacement before they are ready. They said the timeline for consideration will be determined solely by their negotiations with Lighthizer.

"The premature submission of a draft statement of administrative action has no impact on that outstanding work or the timeline moving forward," said Rep. Richard Neal, the Democratic chairman of the House Ways and Means Committee.

Vice President Mike Pence said Thursday's action is "all about moving forward on an agreement that we know is a win."

"By today's action we give evidence of President Trump's determination to see the United States Congress consider and approve the USMCA and approve it this summer," Pence said.

"We have been on a path to yes, but it must be a path that leads to an agreement that delivers positive results for American workers and farmers," Pelosi said.