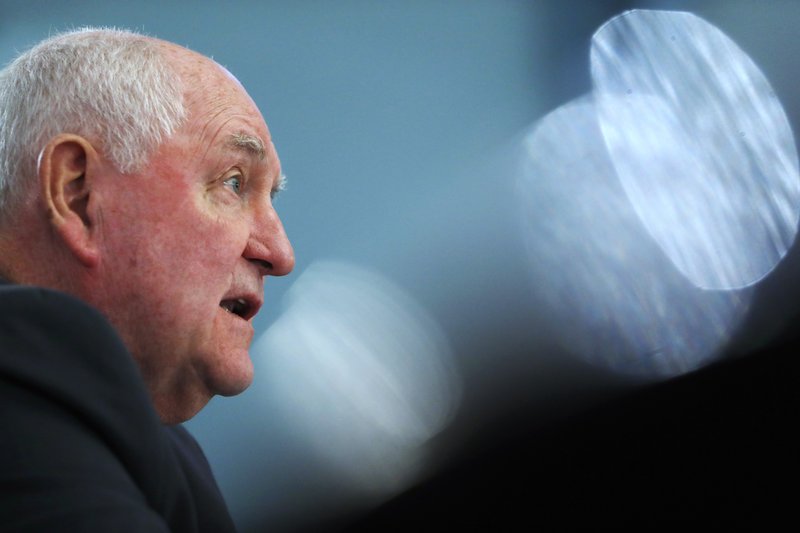 The Trump administration is tightening work requirements for the federal food stamp program in a move that will slash benefits for hundreds of thousands of people.

The final rule, announced Wednesday, will limit the ability of states to exempt work-eligible adults from having to obtain steady employment in order to receive benefits through the Supplemental Nutrition Assistance Program, which helps feed more than 36 million Americans.

Scaling back public benefits for low-income Americans has long been a Trump administration priority. The rule announced Wednesday is one of three proposals for cutting the food stamp program.

Brandon Lipps, deputy under secretary for the US Department of Agriculture’s Food Nutrition and Consumer Services, said tightening the work requirement would save roughly $5.5 billion over five years. It would also cut benefits for roughly 688,000 SNAP recipients.

“We want to encourage people by giving them a helping hand, but not an infinitely giving hand,” he said.

“The President has cynically weaponized USDA as a blunt political instrument, in clear opposition to its mission to ‘do right and feed everyone,’” said Fudge, who chairs the House Agriculture Subcommittee on Nutrition, Oversight, and Department Operations.

Under current rules, work-eligible able-bodied adults without dependents and between the ages of 18 and 49 can currently receive only three months of SNAP benefits in a three-year period if they don’t meet the 20-hour work requirement. But states with high unemployment rates or a demonstrable lack of sufficient jobs can waive those time limits.

The new rule imposes stricter criteria that states must meet in order to issue waivers.

The new plan will strip states’ ability to issue waivers unless a city or county has an unemployment rate of 6% or higher. The waivers will be good for one year and will require the governor to support the request.

The final rule will be published in the federal register Thursday, and go into effect in April.

Over the past year, USDA has proposed changes to other areas of the Supplemental Nutritional Assistance Program. USDA also has proposed eliminating broad-based categorical eligibility for food stamps, a measure that allows recipients of certain non-cash public benefits to automatically qualify for food stamps. And in October, the administration proposed changing how utility costs are factored into benefit calculations.

Lipps said the USDA is currently reviewing comments received during the public comment period for the other two proposals, but did not say when the department will finalize them.

The Urban Institute in a study released last month estimated that taken together, the three measures would affect roughly 2.2 million households, and 3.7 million individual beneficiaries.

President Donald Trump supported House Republicans in their efforts to include stricter work requirements for food stamp recipients in last year’s farm bill. Those provisions were ultimately stripped from the final bill.