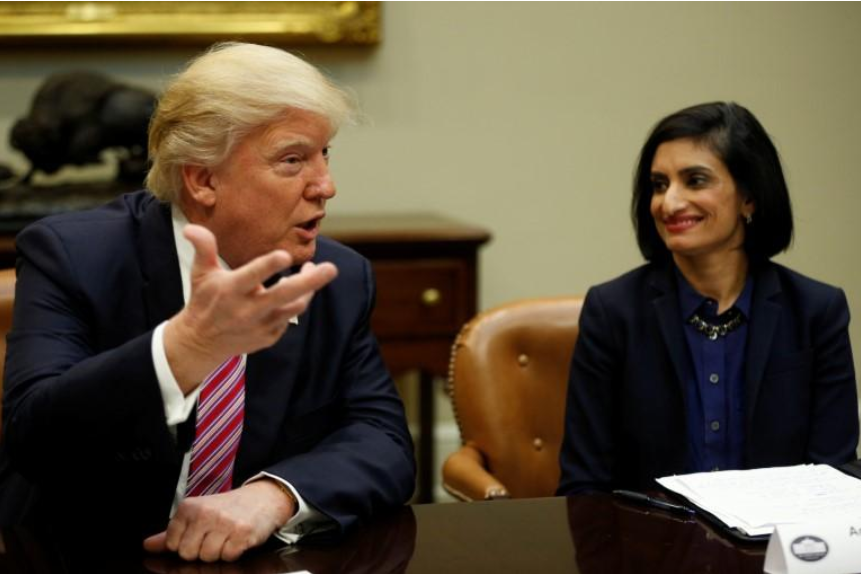 US President Donald Trump attends the Women in Healthcare panel hosted by Seema Verma (R), Administrator of the Centers for Medicare and Medicaid Services, at the White House in Washington, US, March 22, 2017. Photo: REUTERS/Kevin Lamarque

The Trump administration told US states on Thursday they can for the first time move toward imposing work or job training requirements on people as a condition for obtaining health insurance under the Medicaid government program for the poor.

The Centers for Medicare and Medicaid Services issued guidance making it easier for states to design and propose test programs that implement such requirements. States must propose such changes through waivers and receive federal approval.

Democrats and health advocacy groups blasted the policy and said it would make it more difficult for the most vulnerable Americans to have access to healthcare services.

Seema Verma, the agency’s administrator, said the policy guidance came in response to requests from at least 10 states that had proposed requiring some Medicaid recipients to work or participate in activities such as skills training, education, job search, volunteering or caregiving. Those states, mostly Republican led, include Arizona, Arkansas, Indiana, Kansas, Kentucky, Maine, New Hampshire, North Carolina, Utah and Wisconsin.

Certain Medicaid recipients would be exempt from the rules, including those with disabilities, the elderly, children and pregnant women, the administration said. Verma also said states would have to make “reasonable modifications” for those battling opioid addiction and other substance-use disorders.

“This gives us a pathway to start approving waivers,” Verma said on a call with reporters. “This is about helping those individuals rise out of poverty.” 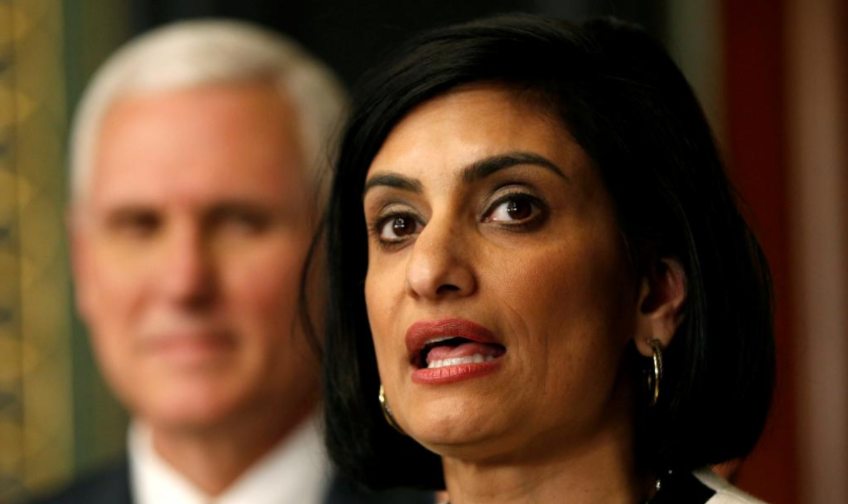 Administrator of the Centers for Medicare and Medicaid Services Seema Verma speaks after being sworn in by US Vice President Mike Pence in Washington, US, March 14, 2017. File Photo: REUTERS/Kevin Lamarque

Under the 2010 Affordable Care Act, Obama’s signature domestic policy achievement commonly known as Obamacare, 31 states expanded Medicaid to those making up to 138 percent of the poverty level as defined by the federal government, adding millions of people to the rolls.

Republicans have repeatedly failed to repeal and replace Obamacare, a top Trump campaign promise. Instead, his administration has sought to weaken the program through executive orders and administrative rules.

Advocacy groups said most Medicaid recipients already have jobs, and those who do not may have difficulty accessing transportation to get to and from work or need to care for family members.

“This action by the Trump administration goes after people who are just trying to get by,” said Democratic US Senator Ron Wyden of Oregon. “Healthcare is a right that shouldn’t be contingent on the ideological agendas of politicians.”

The federal government reimburses a portion of the money spent by states to provide Medicaid coverage for those who are eligible. Many Republicans opposed the enlargement of Medicaid eligibility authorized under Obamacare. Many Republican-governed states declined to take part in the expansion.

The Obama administration opposed state efforts to implement work requirements in Medicaid because it could result in fewer people having health insurance.

For instance, Kentucky last year proposed work requirements for able-bodied adults to get Medicaid insurance as well as new fees for all members based on income. A study found the proposal would reduce the number of residents on Medicaid by nearly 86,000 within five years, saving more than $330 million.

Republicans argue that Medicaid was created to serve the most vulnerable and has become bloated under Obamacare. Verma and other Republicans said implementing work and community engagement requirements could help improve health outcomes by connecting people with jobs and training.