WORLD Trump ally to be sentenced amid firestorm over presidential meddling

Trump ally to be sentenced amid firestorm over presidential meddling

Donald Trump's longtime aide Roger Stone will be sentenced Thursday in a case that has caused a stir in Washington following meddling by the US president and his attorney general. 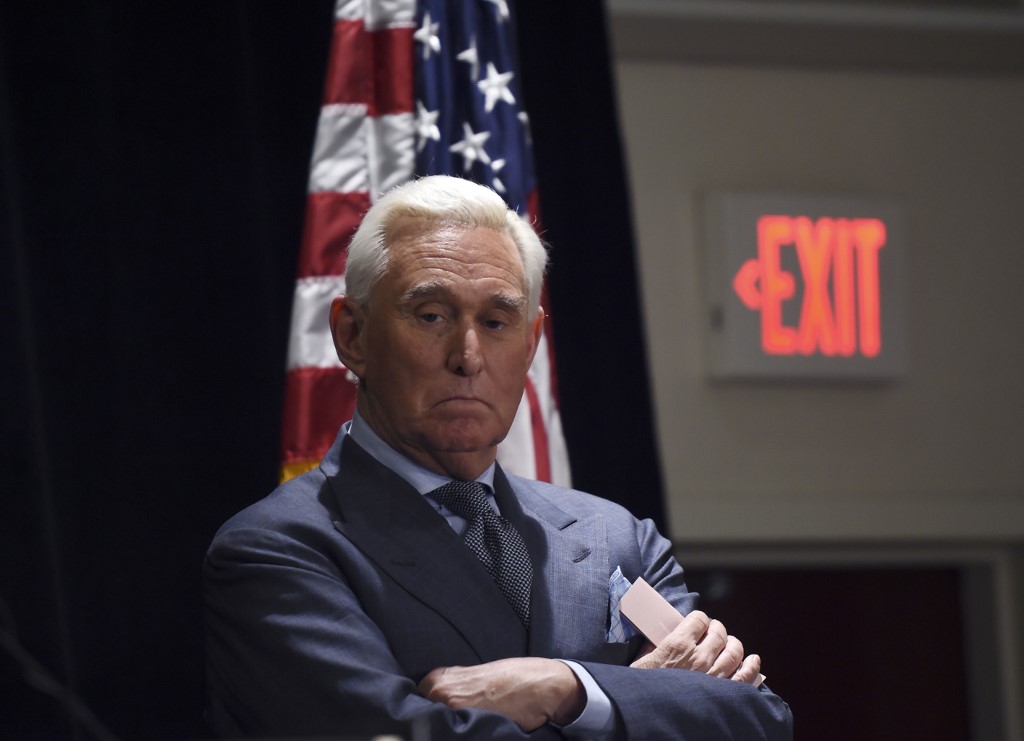 In this file photo taken on January 31, 2019 Roger Stone, ally of US President Donald Trump, pauses while he speaks to the press in Washington, DC. (Photo: AFP)

Stone, one of the Republican leader's allies and "oldest friends," was convicted in November of lying to Congress, tampering with a witness and obstructing the House investigation into whether the Trump campaign coordinated with Russia to cheat in the 2016 election.

Just 10 days ago, four US prosecutors asked a judge to sentence the former political consultant to between seven and nine years in jail. Trump chimed in via his favorite method of communication -- Twitter -- to denounce what he called a "miscarriage of justice."

The US Justice Department weighed in the next day, determining the recommended sentence was "extreme and excessive." The four government attorneys who prosecuted Stone resigned from the case in apparent protest.

A new prosecutor was named to the case who then filed a sentencing memo suggesting a three to four year term in prison.

"Congratulations to Attorney General Bill Barr for taking charge of a case that was totally out of control and perhaps should not even been brought," Trump tweeted.

Barr was quick to state that the president's comments had no impact on his department's decision, but he still found himself at the center of a firestorm.

In addition to opposition from Democrats, more than 2,000 former Justice Department officials have signed a statement calling for Barr to resign.

"A person should not be given special treatment in a criminal prosecution because they are a close political ally of the president," the open letter said.

On the defensive, Barr -- one of Trump's most staunch defenders -- insisted that the president had not asked him to intervene in Stone's case.

Barr also blasted his boss in a highly unusual public rebuke, saying the president's tweets were making his job "impossible."

"I think it's time to stop the tweeting about Department of Justice criminal cases," Barr said in an interview with ABC News.

White House advisor Kellyanne Conway defended Trump's actions on Fox News, insisting the president had not issued Barr any orders while contending it was "disingenuous" to say presidents don't comment on criminal matters.

Trump himself had also tweeted he has the "legal right" to intervene in criminal cases whenever he likes, though he said he had "chosen not to" do so in Stone's case.

On Tuesday, multiple US media outlets citing anonymous sources reported that Barr had informed the president's inner circle that he might resign if the tweets continued to fly.

But the Justice Department spokeswoman quickly brushed off what she said were unfounded "rumors."

"The Attorney General has no plans to resign," said Kerri Kupec.

Despite his attorney general's warning, Trump continued this week to be vocal in his support for Stone, who has requested a new trial.

The self-avowed dirty trickster was found guilty of lying in testimony to Congress about acting as an intermediary between the Trump campaign and WikiLeaks, which released hacked documents that embarrassed rival Hillary Clinton during the 2016 White House race.

Stone, who maintains his innocence, accused jury members of being biased against him and appealed to overturn their verdict.

Federal judge Amy Berman Jackson refused Stone's request to postpone the sentencing, which is scheduled for Thursday at 10:00 am (1500 GMT). But she said the sentence would not be carried out until a decision on Stone's call for a new trial.

Jackson had previously forbidden Stone from posting on social media about his trial, after he shared a picture of her on Instagram with what appeared to be the crosshairs of a gun sight.

If Stone, known for his flashy fashion sense, were to receive a heavy prison sentence, he could potentially receive a presidential pardon.

Trump on Tuesday commuted the sentence of nearly a dozen people including former Illinois governor Rod Blagojevich, who was jailed for corruption, and a New York police chief imprisoned for tax fraud.

The flurry of clemency actions -- 11 in total -- raised expectations that Trump is considering wielding his power in more controversial cases involving close former associates, including Stone.

But Trump gave only a hint when asked about Stone: "I haven't given it any thought," he said. "But I think he's being treated unfairly."