Trump and Biden hit the trail in a charged election week 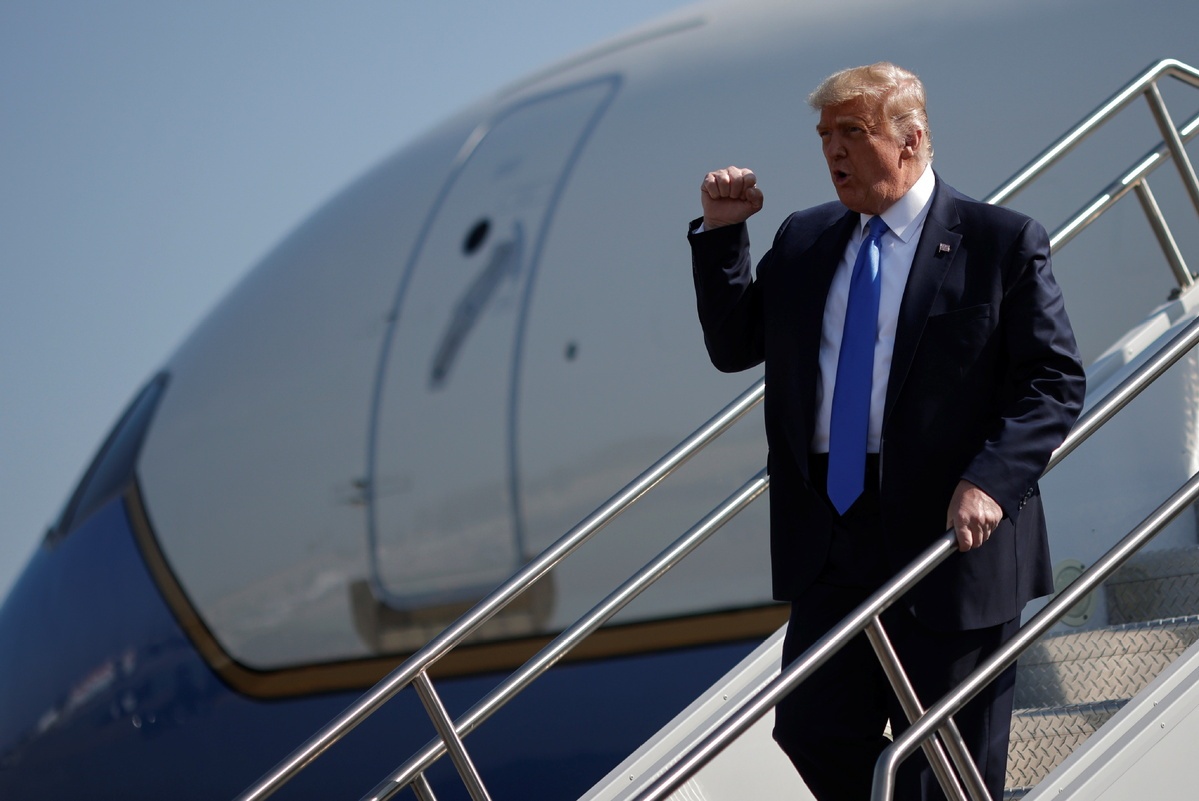 US President Donald Trump raises his fist as he arrives at John Wayne Airport in Santa Ana, California, US, October 18, 2020. (Photo: Agencies)

WASHINGTON - US President Donald Trump and rival Joe Biden hit the ground Sunday in the swing states that will decide the US election, as the campaign turns increasingly vicious 16 days before voting.

Trump, scrambling to make up lost ground, is on a furious multi-state barnstorming tour, hopping on Sunday from Nevada to California and then back to Nevada for a day of rallies and fundraising, before moving on to Arizona on Monday.

He also plans rallies later in the week in Pennsylvania and North Carolina.

An infrequent church-goer, he attended services Sunday in a cavernous -- but not entirely full -- evangelical church in Las Vegas. Congregants prayed for him, and when a collection plate was passed, a pool photographer saw Trump toss in a handful of $20 bills.

Biden, a practicing Catholic, attended Mass with his wife Jill at their church near Wilmington, Delaware, before walking outside to visit the grave of son Beau, who died of brain cancer in 2015.

Limiting his own campaign itinerary due to pandemic concerns, the 77-year-old Biden then flew to North Carolina for a pair of events.

In Durham, the mask-wearing former vice president jogged to a stage in a parking lot where people in dozens of vehicles waited for him.

"We choose hope over fear, we choose unity over division, science over fiction and yes, we choose truth over lies," he told them.

His motorcade also made an unannounced stop to allow him and his granddaughter to order milkshakes, with Biden -- keen to play up the stark differences between his campaign and Trump's -- keeping his mask on throughout.

Both men are working to rouse their political bases and appeal to the seemingly small number of undecided voters in an election that could revolve on voter turnout.

One key opportunity comes this week with the candidates' final nationally televised debate, on Thursday evening in Nashville, Tennessee.

Their first debate descended into a chaotic stream of interruptions by Trump, head-shaking and angry rejoinders; the second was replaced by dueling town-hall meetings after Trump refused to debate virtually on the heels of his bout with coronavirus.

The final debate will be face-to-face.