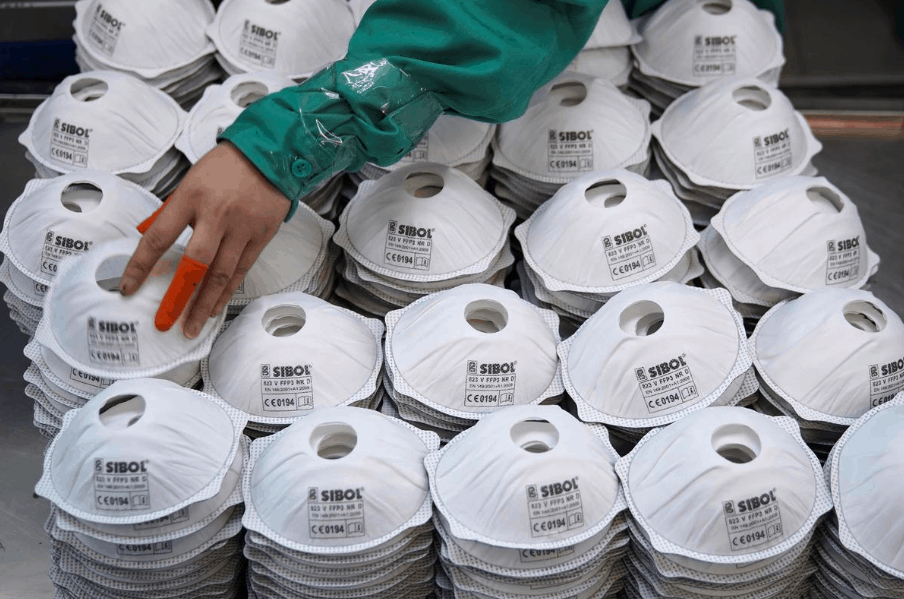 US President Donald Trump on Monday announced a deal with US manufacturing giant 3M to provide millions of face masks to combat the coronavirus pandemic after a dispute over foreign distribution.

"We have reached a very amicable agreement with 3M for the delivery of an additional 55.5 million high quality facemasks each month," he said.

"We're going to be getting over the next couple of months 166.5 million masks for our frontline healthcare workers, so the 3M saga ends very happily."

Trump last week attacked the US company for not shifting all distribution back home and invoked the Korean War-era Defense Production Act against the company.

Some critics accused 3M of unpatriotic behavior because it continued to sell N95 respirator masks to other countries.

"We share the same goals of providing much-needed respirators to Americans across our country," said 3M chairman Mike Roman.

"Given the reality that demand for respirators outpaces supply, we are working around the clock to further expand our capacity."

Overburdened US health facilities have warned protective equipment stockpiles are at critically low levels and some may run out within days.

Canada's Prime Minister Justin Trudeau had pushed back against Trump's pressure on 3M, saying it would be a mistake to reduce cross-border trade in medical goods during the crisis.

The company said it would continue to sell masks to Canada and Latin America.